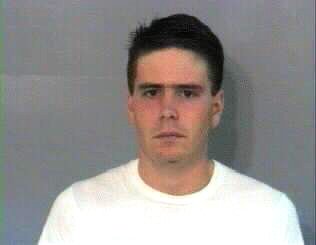 SAN DIEGO, Calif. — Charred remains found inside the California home of Amber Alert suspect James DiMaggio are consistent with those of an 8-year-old child, said a law enforcement source with knowledge of the investigation on Wednesday.

Police are awaiting DNA tests to confirm the identity.

A San Diego sheriff’s detective previously had said the remains could be those of 8-year-old Ethan Anderson, one of two children for whom an Amber Alert was issued.

Meanwhile, the father of Ethan made a public plea Tuesday to the suspect, who is believed to have abducted the father’s other child, a 16-year-old daughter, Hannah. The father asked DiMaggio to release Hannah, who along with Ethan went missing after their mother was killed.

A massive manhunt is under way for DiMaggio, 40, whom law enforcement authorities describe as a friend of the mother, Christina Anderson.

DiMaggio was the owner and sole resident of the burned home where Anderson’s body and the remains of the child were found.

“Jim, I can’t fathom what you were thinking. The damage is done. I’m begging you to let my daughter go. You’ve taken everything else,” Brett Anderson, the children’s father, said in an appearance before reporters.

“Hannah, we all love you very much. If you have a chance, you take it, you run. You’ll be found,” he said.

The father did not mention Ethan in his remarks, prompting a reporter to ask San Diego County Sheriff’s Department Lt. Glenn Giannantonio whether the remains of the child found in the house might be those of the boy.

“Right now, we just don’t know, and we’re praying that it wasn’t Ethan,” he said.

Authorities are following up on tips and casting a wide net for DiMaggio and the children.

“We’ve received some information that either Texas or Canada may have been the destination he was heading to. Realistically, we don’t know where they’re going,” Giannantonio said. “We’re looking everywhere.”

The remains of Anderson, 42, of Lakeside, California, were found while firefighters extinguished a blaze that broke out at DiMaggio’s home in the enclave of Boulevard around 8 p.m. Sunday.

Authorities believe she was murdered.

Once California authorities issued the Amber Alert, information was distributed to residents’ cell phones statewide through the Wireless Emergency Alert program, according to the California Highway Patrol.

The wireless program was instituted in December 2012, and this is the first time it has been used statewide, CHP Public Information Officer Erin Komatsubara told HLN.

On HLN’s “Raising America” on Tuesday, the children’s aunt, Andrea Saincome, said that DiMaggio had known the family for years and that it would not have been unusual for the mother and children to be at his house.

“There was nothing out of the ordinary,” Saincome told HLN’s Christi Paul. “He seemed like a genuinely nice guy. He was close to the kids, and he was friends with my sister and my brother-in-law.”

Police believe the children were last seen with their mother in Boulevard on Saturday. They were reported missing by their grandparents on Sunday. Giannantonio said he did not know what led them to believe their grandchildren were missing.

Giannantonio would not release any details about how Anderson was killed, but said arson investigators believe they know how the fire was started.

Authorities also found burned weapons in the residence. Giannantonio did not disclose what those weapons were.

The sheriff’s office released several photos of DiMaggio, and Giannantonio said he was believed to be driving a blue, four-door Nissan Versa with California license plate 6WCU986.

However, he might have switched vehicles, taken public transportation or be hunkered down somewhere, Giannantonio said.

He asked for the public’s help.

He warned anyone who sees DiMaggio that he may be dangerous and they should not approach him or attempt to detain him. Instead, Giannantonio advised people to call 911.

Anyone with information about the case is asked to call the San Diego County Sheriff’s Department Homicide Detail at 858-974-2321 or submit an anonymous tip to Crime Stoppers at 888-580-8477.

The FBI is assisting with the investigation.

CNN’s Paul Vercammen and Michael Martinez contributed to this report.