Body was filled with newspaper 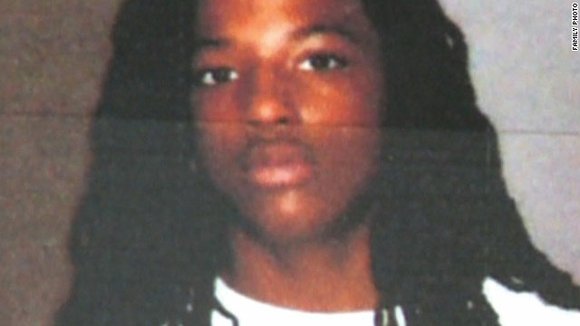 The parents of Kendrick Johnson, whose death this year created a mystery that has gripped a South Georgia town, held a rally at the state Capitol on Wednesday, a day after filing a complaint with the state about the handling of their son’s body.

The “Who Killed K.J.” rally, had several scheduled speakers, according to a news release from the Johnson family, but the Rev. Al Sharpton and the Rev. Joseph Lowery—both of whom were slated to address the demonstrators, the family said— never spoke. That didn’t stop protesters from assembling at the Capitol before noon.

Johnson was found dead in a rolled-up gym mat at his high school in Valdosta, Georgia, on January 11. The Georgia Bureau of Investigation conducted an autopsy and ruled the death accidental, but his family questioned the ruling and had his body exhumed for a second autopsy.

At the second autopsy, it was discovered his organs were missing and his body cavity was filled with newspapers, contrary to industry practice.

Gov. Nathan Deal’s office did not respond to questions about whether Deal had faith in the local investigation into Johnson’s death or the subsequent GBI autopsy. Asked whether Deal would call for a special investigation, spokeswoman Sasha Dlugolenski said, “We have been told that the U.S. Attorney’s Office is looking into the case.

“This is such a tragedy, and we extend our deepest sympathy to this young man’s family and friends. It is our hope that the U.S. Attorney’s Office will be able to shed some light on the situation.”

Michael Moore, the U.S. attorney for the Middle District of Georgia, said in October that federal authorities would investigate the circumstances behind Kendrick Johnson’s death.

The family’s complaint, filed Tuesday with the Georgia Board of Funeral Service, a division of the secretary of state’s office, alleges that when Johnson’s body was exhumed for a second autopsy, “all of our son’s inner organs, including his brain, were missing.” CNN was the first to report the development in October.

William Anderson, a pathologist hired by the Johnson family’s attorney, further told the family “that our son was stuffed with newspaper. At no time did we ever authorize the removal of our son’s inner organs for any purpose whatsoever,” the complaint says.

Harrington Funeral Home, which embalmed Kendrick Johnson and handled the funeral arrangements and burial, never informed the family the organs were missing, and the GBI said it replaced all of the organs after the autopsy, the complaint alleges.

Funeral home director Antonio Harrington initially said “one or two organs might be missing,” according to the complaint, but in an October 4 letter to the family’s attorney, C.B. King Jr., Harrington said the organs had been “destroyed” and “discarded ... before the body was sent back to Valdosta,” where the funeral home took custody of the body.

The family concludes by requesting an investigation and alleging that Harrington engaged in fraud by misleading the family into believing Kendrick Johnson’s remains were intact and “facilitated a coverup” that deprived pathologists of “the means by which to determine how he may have died,” the complaint says.

The funeral home has not commented to CNN in the past, but Harrington said in the October letter to the Johnsons’ attorney that the prosector—an agent who prepares bodies for pathological examination—discarded the organs. Harrington never received them, he wrote.

The secretary of state’s office confirmed receiving the Johnsons’ complaint Tuesday, but would not comment.

The Georgia Board of Funeral Service says all investigations are confidential, but after a formal hearing, several resolutions are possible: It can close the probe and take no action; it can issue a “letter of concern,” which won’t be made public; it can issue a public inspection report; or it can publicly or privately handle any violation with the funeral home.