Diet soda may do more harm than good 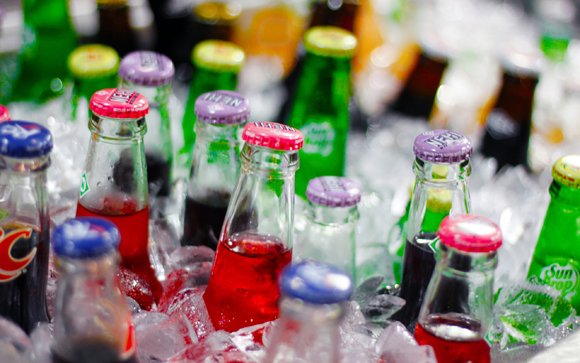 Diet soda drinkers have the same health issues as those who drink regular soda, according to a new report published Wednesday.

Purdue University researchers reviewed a dozen studies published in past five years that examined the relationship between consuming diet soda and health outcomes for the report, published as an opinion piece in the journal Trends in Endocrinology & Metabolism. They say they were “shocked” by the results.

“Honestly, I thought that diet soda would be marginally better compared to regular soda in terms of health,” said Susan Swithers, the author of this opinion piece and a behavioral neuroscientist and professor of psychological sciences. “But in reality it has a counterintuitive effect.”

Artificial sweeteners in diet soda fulfill a person’s craving for a sweet taste, without the calories. But that’s the problem, according to researchers. Think of it like crying wolf.

Fake sugar teases your body by pretending to give it real food. But when your body doesn’t get the things it expects to get, it becomes confused on how to respond.

“You’ve messed up the whole system, so when you consume real sugar, your body doesn’t know if it should try to process it because it’s been tricked by the fake sugar so many times,” says Swithers.

On a physiological level, this means when diet soda drinkers consume real sugar, the body doesn’t release the hormone that regulates blood sugar and blood pressure.

Diet soda drinkers also tend to pack on more pounds than those who don’t, the report says.

“The taste of sweet does cause the release of insulin, which lowers blood sugar , and if carbohydrates are not consumed, it causes a drop in blood sugar, which triggers hunger and cravings for sugar,” says CNN diet and fitness expert Dr. Melina Jampolis.

The artificial sweeteners also dampen the “reward center” in your brain, which may lead you to indulge more calorie-rich, sweet-tasting food, according to the report.

The American Beverage Association says the report was “an opinion piece, not a scientific study.

“Low-calorie sweeteners are some of the most studied and reviewed ingredients in the food supply today,” the association said in a statement. “They are safe and an effective tool in weight loss and weight management, according to decades of scientific research and regulatory agencies around the globe.”

Diet soda’s negative effects are not just linked to weight gain, however, the report says.

It found that diet soda drinkers who maintained a healthy weight range still had a significantly increased risk of the top three killers in the United States: diabetes, heart disease and stroke.

“We’ve gotten to a place where it is normal to drink diet soda because people have the false impression that it is healthier than indulging in a regular soda,” says Swithers. “But research is now very clear that we need to also be mindful of how much fake sugar they are consuming.”

All of them are chemicals. “Saccharin was one of the first commercially-available artificially sweeteners, and it’s actually a derivative of tar,” says Swithers.

Natural sweeteners, like Stevia — which has no calories and is 250 times sweeter than regular sugar — is not a chemical, but is still a processed extract of a natural plant, and increases your health risks similar to artificial sweeteners.

“Just because something is natural does not always mean that it is safer,” says Jampolis.

There more studies and research that need to be done ... but in the meantime, experts say: Limit consumption.

“No one is saying cut it out completely,” says Swithers. “But diet soda should be a treat or indulgence just like your favorite candy, not an everyday thing.”