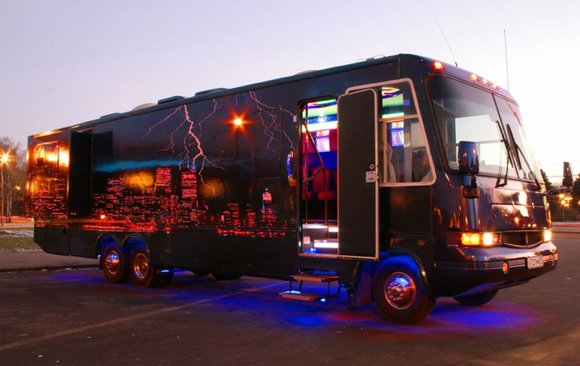 HOLLYWOOD, Calif., - Two people have been arrested for the alleged shooting death of a 23-year-old man and wounding another outside the Hollywood Palladium, police said today.

Travius Shearer and another victim were shot at 11:40 p.m. Friday on the sidewalk right next to a party bus shortly after a dispute broke out, said Officer Rosie Herrera of the Los Angeles Police Department.

Shearer was taken to an area hospital, where he later died from his injuries; while the other gunshot victim, a 19-year-old Los Angeles resident, remains in critical condition, according to Herrera.

Both victims were passengers on the party bus, she said.

An investigation led to the arrest of Lynwood resident Deondie Wilson, 26, and a 17-year-old juvenile, according to Herrera said. Both were booked on suspicion of murder.

The case will be presented to the Los Angeles District Attorney’s office for filing consideration on Tuesday, the officer said.

The shooting was still under investigation, and detectives were asking citizens for any information regarding the case to come forward. Nearby business owners were being asked to provide surveillance footage to police if they had any.

Anyone with information regarding this incident is urged to contact West Bureau Homicide Detective T. Keyzer and Detective A. Acero at (213) 382-9470.