Empower yourself to fight diabetes

Control it through better diet, exercise 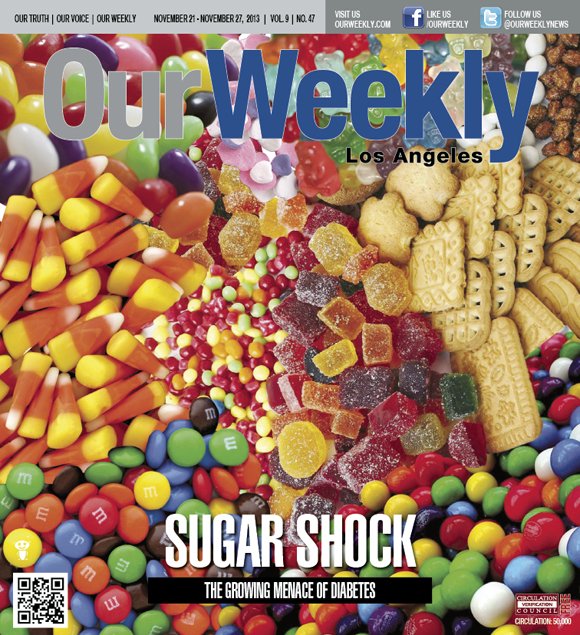 The American Diabetes Association (ADA) announced this summer that, when people develop type 2 diabetes, they almost always have “pre-diabetes,” or blood glucose levels that are higher than normal but not yet high enough to be diagnosed as diabetes.

There are no clear symptoms of pre-diabetes—a reason why so many persons are unaware they are living with the disease. The ADA recommends testing begin no later than age 20 and then a doctor visit every one to two years to keep abreast of your health, particularly if the disease is common within your family. You don’t develop type 2 diabetes auto automatically, if you have pre-diabetes; ADA research has demonstrated that early treatment can return blood glucose levels to the normal range.

The ADA this month announced that besides the nearly 26 million children and adults who have diabetes, another 79 million Americans have pre-diabetes. The organization found that recent estimates project that as many as one in three American adults will have diabetes by 2050 unless steps are taken to stem the tide of cases. Two out of three people with diabetes die from heart disease or stroke. Diabetes is also the leading cause of kidney failure, the leading cause of new cases of blindness among adults, and the rate of amputation for people with diabetes is 10 times higher than for people without the disease. Also, about 60 to 70 percent of persons with diabetes have mild to severe forms of nerve damage that could result in pain in the feet or hands, slowed digestion, sexual dysfunction and other nerve problems.

The majority of the time, diabetes is classified as a “pre-existing” condition with the cost of diagnosed cases in excess of $245 billion annually, including direct medical payments ($176 billion). The average medical expenditure among people with diabetes is 2.3 times higher than those who do not have it. Indirect costs (disability, work loss, and premature death) amount to $69 billion every year. With the national discussion focusing on reducing the rising cost of healthcare—primarily through the federal Affordable Care Act—the ADA found that one in 10 healthcare dollars is spent treating diabetes and its complications, while one in five healthcare dollars is spent caring for people with the disease.

The research also shows that a person can lower their risk for type 2 diabetes by 58 percent by losing just seven percent of body weight (or 15 pounds if you weigh 200 pounds), and by regular, moderate exercise (a brisk 30-minute walk daily). Even if you can’t reach your ideal body weight, losing 10 to 15 pounds can make a big difference in warding off the disease.

“Diabetes is prevalent because of our diet, lifestyle and the way we cook food,” said Hutson Morris-Irvin, director of marketing and communications for the Los Angeles office of the ADA. She said that although a definitive answer for the cause remains years away, there are actionable methods available to each person to lower their risk of diabetes. “There are hereditary components for sure,” Morris-Irvin said, “but a healthy lifestyle is the best way to prevent type 2 diabetes. If you have type 2 diabetes, work with your physician. Pre-diabetes responds to medical suggestions. It’s not always weight because even fit persons should be checked for diabetes. Look at your diet; cut down on fried, fatty food; cook vegetables without meat (ex: collard greens sans ham hocks) and walk or jog more. A balanced diet and regular exercise are the best ways to prevent type 2 diabetes.”