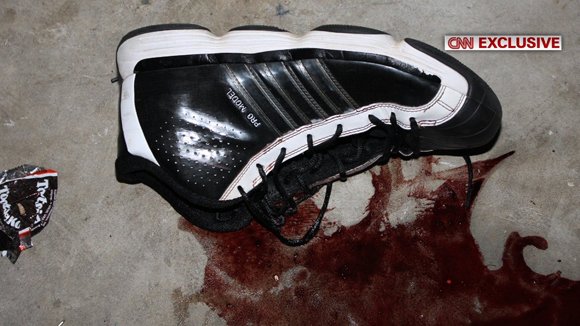 Kendrick Johnson's body was found in a rolled-up gym mat in January. Authorities say he suffocated trying to retrieve a sneaker.

The family of a teen found dead in a rolled-up wrestling mat went to court Tuesday to demand a coroner’s inquest into his death, arguing that conflicting autopsy reports require a second look by authorities.

Chevene King, a lawyer for the parents of 17-year-old Kendrick Johnson, said he expected an inquest would find Johnson “was the victim of foul play,” not the accident that authorities in his south Georgia hometown have ruled.

“How could you, in the midst of all these questions, deny this family an opportunity to have an investigation into the cause and manner of their child’s death?” King asked. “This is one way in which that investigation could be reopened.”

The Johnson family has asked Lowndes County Coroner Bill Watson for an inquest before, in March. In May, after investigators closed the case, Watson had indicated he would be willing to hold one — but he refused to discuss the issue in a recent interview with CNN, and there was no immediate response from Watson to Tuesday’s filing.

King said he expects a judge to hear the request by October 30. Kenneth Johnson told reporters that he expects a difficult fight, but added, “Kendrick was my son. It can’t be no harder than that.”

A state medical examiner ruled the high school athlete suffocated in January after getting stuck head-down in the gym mat. But his parents, Kenneth and Jacquelyn Johnson, disputed the findings and won a court order to have their son’s body exhumed for another autopsy.

The private pathologist who conducted that autopsy in June found that Johnson had a blow to the right side of his neck “consistent with inflicted injury.” And in the process, he discovered that the teen’s body had been stuffed with newspaper after his internal organs were removed for the original autopsy — a grisly find that only fueled the Johnson family’s suspicions about their son’s death.

In a coroner’s inquest, a jury hears evidence and determines whether a death was the result of natural causes, an accident, suicide or homicide. Another lawyer for the family, Benjamin Crump, said the proceeding is needed “so this family can have some peace in knowing what happened to their child.”

“This coroner has to consider witness testimony, video surveillance, in light of all the other things that are questionable about this to make not only the public have confidence in this finding, but this family to have some peace of knowing what really killed their child,” Crump said.

Authorities in Valdosta, about 230 miles south of Atlanta, say the case is closed. But the U.S. attorney for the district that includes the town has said he is reviewing the case and weighing whether to open his own investigation.

Friday, a lawyer for Lowndes County High School told CNN that surveillance footage from the gym shows other teens were inside around the time Johnson died. But the school has refused to release certain photos or video, citing state law that exempts the release of “education records of a minor child.”

The Johnson family has called for that video to be released, and Crump said a coroner’s inquest may make that possible.

“If that video shows others in that gymnasium, as has been reported, then they have a right to have this coroner’s inquest,” he said. “It is right, and justice demands so.”

CNN has now filed a motion to join a lawsuit by the family that seeks full access to the Lowndes County Sheriff’s Office’s investigative files in Johnson’s death. In the motion, the network asserts that under the Georgia Open Records Act, the “public has a right to evaluate the sheriff’s conclusions, and further evaluate...the expenditure of public funds and the efficient and proper functioning of its institutions.”

CNN is seeking the release of additional surveillance footage from the gym where Johnson was found dead, among other items. The sheriff’s office asserts that some items within the investigation were withheld or redacted to protect the privacy of minors or because they constituted school records.