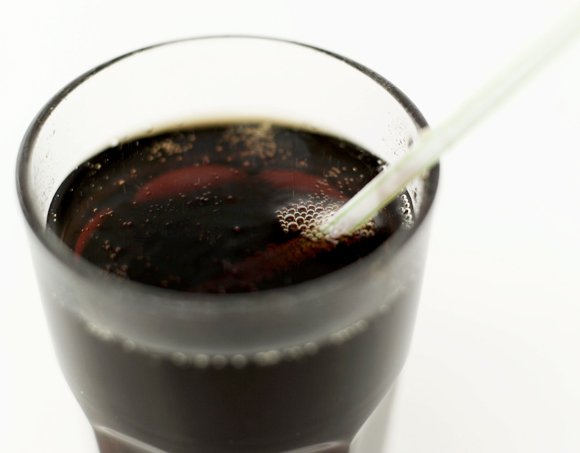 Although younger children in California are drinking less soda and other sugary beverages, teens in the state are actually drinking more, according to a report released Thursday.

The research from the University of California, Los Angeles, and the California Center for Public Health Advocacy involved more than 40,000 households and revealed an 8 percent surge in sugary drink consumption among young people aged between 12 and 17. Particularly large increases were seen among Black, Latino and Asian teens.

“California has made real progress in reducing the consumption of sugary beverages among young children,” Dr. Susan Babey, of the UCLA Center for Health Policy Research, said in a center news release. “But teens are in trouble. Soda or sports drinks should be an occasional treat, not a daily habit. If this trend isn’t reversed there may be costly consequences for teens, their families and the health care system in the form of increased obesity and diabetes.”

The researchers used results from a California health survey to analyze and compare how many sugary drinks kids in various counties were consuming between 2005-2007 and 2011-2012.

Over the seven-year period, a significant decline occurred in the daily consumption of sugar-sweetened beverages by young children, with a rate of just 19 percent among kids aged 2 to 5 years. Researchers noted that this was a 30 percent drop from the beginning of the study.

There was also a 26 percent drop in sugary drink consumption among kids aged between 6 and 11 years. Between 2011 and 2012, 32 percent of these children had a daily sugary beverage.

But the opposite trend was seen for kids between 12 and 17. By 2012, 65 percent of these teens had a daily sugary drink. Of these kids, 65 percent were drinking soda, while another 23 percent were having energy or sports drinks on a daily basis.

Although the study did not examine the reason why teens were consuming more sugary beverages, the fact that manufactures of these drinks are marketing to teens may play a role, suggested Dr. Harold Goldstein, executive director of the California Center for Public Health Advocacy.

“As parents learn more about the harm from consuming sugary drinks, they are limiting how much their children drink. Teens, however, are more independent, making them an ideal target for beverage companies that spend hundreds of millions of dollars marketing sugary drinks to them, including deceptively healthy-sounding beverages like sports drinks and vitamin water,” Goldstein said in the news release.

“We may not be able to protect teens everywhere but we should at least close the loophole in state law that allows beverage companies to sell sugary sports drinks on middle and high school campuses,” he concluded.

Among Black teens, 74 percent reported having at least one sugary beverage daily, representing a 14 percent jump from 2005-2007. Of Latino teens, 73 percent also reported having a sugary drink every day. Asian teens had the sharpest rise in daily consumption, from 48 percent to 63 percent.

Overall, the study revealed an 11 percent drop in sugary drink consumption among all kids. Still, in nine California counties, more than 50 percent of children had at least one sugar-sweetened drink per day.

Sugary drinks are the largest source of added sugar in young people’s diets. Although some of these drinks offer no nutritional value, they are a significant source of extra calories. Nearly 40 percent of children in California are overweight, and one-third of all children born in 2000 will eventually develop diabetes, according to the news release.

“Soda and other sugary drinks contribute half a billion empty calories a day to California’s costly childhood obesity crisis,” Dr. Robert Ross, president and CEO of the California Endowment, which funded the study, said in the news release. “We have to redouble our efforts to protect our children, especially adolescents and children of color, from the unbridled marketing of high-calorie drinks that is drowning our kids in sugar.”