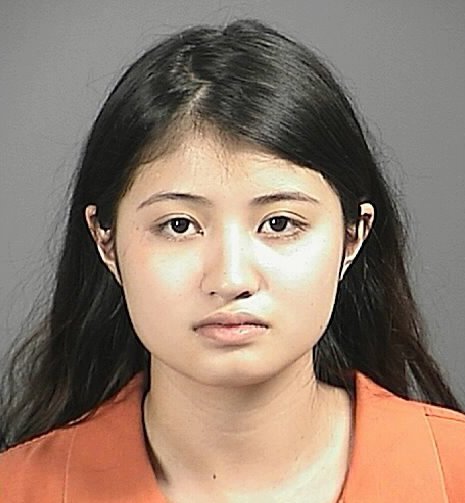 A Colorado teenager is facing a first-degree murder charge, accused of stabbing her mother 79 times in the face and neck in the bathroom of their Aurora home. Isabella Yun-Mi Guzman, 18, is being held without bond at the Arapahoe County Jail in the August 28 stabbing death of her mother, Yun-Mi Hoy, 47. Aurora Police Department

A Colorado teenager is facing a first-degree murder charge, accused of stabbing her mother 79 times in the face and neck in the bathroom of their Aurora home.

Isabella Yun-Mi Guzman, 18, is being held without bond at the Arapahoe County Jail in the August 28 stabbing death of her mother, Yun-Mi Hoy, 47.

The teen’s stepfather, Robert Hoy, told authorities that Guzman and her mother had often fought in the past, but Guzman spit in her mother’s face and became “more threatening and disrespectful towards her mother” in the days leading up to the killing, according to an arrest affidavit.

Hoy told police that his wife showed him an e-mail Guzman allegedly sent her on the morning of the killing, which included the words, “You will pay,” the affidavit states.

That e-mail prompted Yun-Mi Hoy to call police later that day and ask them to come to her home because her daughter had threatened to harm her, according to the affidavit.

After speaking to Yun-Mi Hoy and Guzman, responding officers determined there “were ongoing family issues between them and it appeared to be resolved,” court documents state.

Robert Hoy told authorities that after the officers left, Guzman went to her bedroom and remained there the rest of the evening while her mother went back to work.

When Yun-Mi Hoy arrived home around 9:30 p.m., Robert Hoy said, she went upstairs to take a shower. Hoy told police he then “heard a thumping sound coming from upstairs and his wife call his name,” according to the affidavit.

Hoy told authorities that as he tried to open the bathroom door, Guzman was pushing against it with her back to keep it closed. Hoy said he then went downstairs, called 911 and told a dispatcher that his “wife and daughter were inside the bathroom and he could see blood coming from under the door to the bathroom,” the affidavit states.

Hoy also told police that when he went back upstairs, he saw Guzman standing in the bathroom doorway holding a knife.

“Hoy then observed his wife lying on the floor of the bathroom covered in blood” with a baseball bat lying next to her body, the affidavit says.

When police arrived at the home, they found Yun-Mi Hoy’s nude body lying on the bathroom floor with numerous lacerations and stab wounds. She was pronounced dead at the scene at 10:28 p.m.

Guzman was arrested Thursday at a parking garage by Aurora police.

On Friday morning, a judge ordered that she be held without bond.

Calls to the Aurora Public Defender’s Office to locate an attorney for Guzman were not returned.