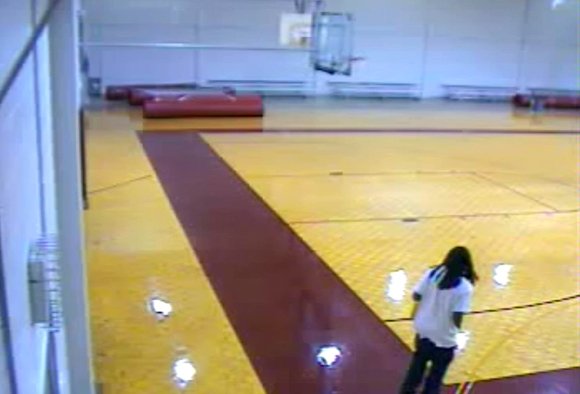 Kendrick Johnson is shown in the Lowndes County High School gym in January the day his body was found rolled up in a wrestling mat. The sheriff's office and Georgia Bureau of Investigation determined that Johnson died of accidental suffocation. An independent autopsy commissioned by the family determined the cause of death was, "Unexplained, non-accidental, blunt force trauma." Lowndes County Schools

Georgia teen Kendrick Johnson, who was found dead in a rolled-up gym mat at his high school in January, died as the result of “unexplained, apparent non-accidental, blunt force trauma,” according to a newly released, independent autopsy report.

The report, obtained exclusively Tuesday by CNN, directly contradicts the finding of an autopsy conducted by the Georgia Bureau of Investigation that determined that Johnson’s death was the result of positional asphyxia. The Lowndes County Sheriff’s Office determined that his death was accidental.

Johnson, 17 and an athlete, was found January 11 headfirst in a rolled wrestling mat at a Lowndes County High School gym in Valdosta, Georgia.

Inconsistencies in official reports on the condition of Kendrick’s body have led the family and community to question the official cause of his death.

The family’s attorney, Chevene King, has sent the independent autopsy report to the U.S. Department of Justice Civil Rights Division, the Georgia Bureau of Investigation, the U.S . Attorney for Georgia’s Middle District and Lowndes County Coroner for review.

The coroner can call a coroner’s inquest, a process that resembles a grand jury proceeding. After reviewing evidence and testimony, a jury would decide the cause of death, although the findings alone would have no civil or criminal consequences.

“Coroner’s inquests are not something you do every day. I cannot tell you the last time a coroner’s inquest was done in this office,” Lowndes County Coroner Bill Watson said.

“I want to do the right thing by the people and the county and all concerned; I’m just not sure we have enough information. I’m not about to refute anybody’s findings because I’m not a doctor,” said Watson.

On May 1, a judge granted the Johnsons’ request to exhume their son’s body for the purposes of a conducting an independent autopsy at their expense.

That autopsy, conducted June 15, found blunt force trauma to the right neck and soft tissues, “consistent with inflicted injury.” It was conducted by Dr. William R. Anderson with Forensic Dimensions in Heathrow, Florida.

That finding supports the narrative of the initial patient care report, written by EMTs with the South Georgia Medical Center Mobile Healthcare Service on January 11, the day Johnson’s body was discovered. That report said, “bruising noted to the right side jaw.”

However, a January 25 report by the Valdosta - Lowndes County Regional Crime Laboratory cited “no signs of blunt force trauma on Johnson’s face or body.”

The autopsy results released by the Georgia Bureau of Investigation May 2 identified “no significant injuries.”

A spokesperson for the Georgia Bureau of Investigation said the agency stands by its report after reviewing the findings of the independent autopsy.

U.S. Attorney Michael Moore is reviewing the case but has not launched a formal investigation.

“We’ve been working on this for some time,” he said. “I’m sure at the appropriate time, I’ll speak with his pathologist.”

The spokesperson for Civil Rights Division has not yet responded to questions about the new report.