Who lives and who dies: African Americans and organ transplants 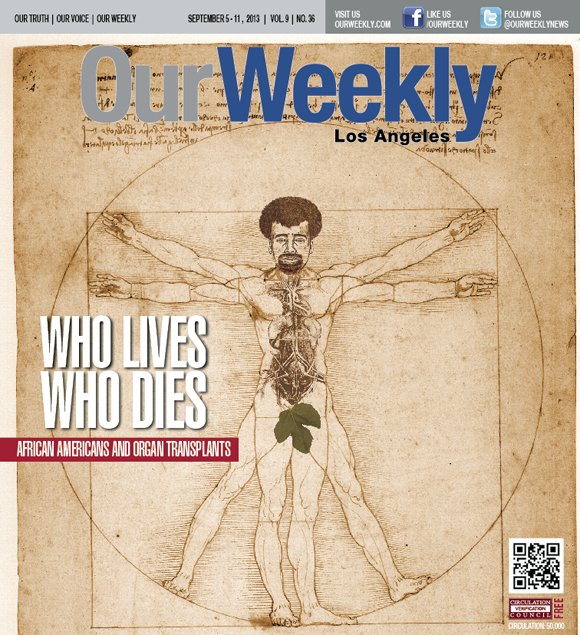 “We do not defeat death with a transplant; rather, we gain an extension of life. So the real question becomes, wwhat are we going to do with the days, months, and hopefully years of extended life?’… the same question even the non-transplanted face in their own lives.”

—Quote from a heart recipient

Anthony Stokes’ private fight to live became a public spectacle that turned the harsh light of society on a medical practice that has been part of America for decades.

When the 15-year-old Georgia resident was denied an opportunity to get on the heart transplant list by Children’s Healthcare of Atlanta at Egleston, allegedly because of his lifestyle, the dark underbelly of the transplant system was exposed.

A thinly-veiled overriding determining factor seemed exposed—who lives and who dies depends on who has the money.

When dealing with minorities in the world of organ transplanting, the global economy and the value of human life come into play when determining who lives and who dies, and it is usually the African American who dies, contends Don Shorter of the World Health Organization.

Shorter stated he wanted to make it clear that “in the United States, when we examine transplants on a microcosm level and focus on African Americans, certain issues arise as in the case of 15-year-old Stokes, which eventually led to an African American almost not receiving a organ, and not living a full life. However, if you are White, you have a better chance of getting extended life through a organ donation sometimes regardless of age.”

Shorter bases his conclusion on a study—“Access to Kidney Transplantation” (2008)—which found that White males, who were young and nondiabetic with a high income and being treated in small kidney transplant units were more likely to receive a organ transplant under Medicare than Black kidney patients. The study also found that the size of a transplant unit may be correlated with access.

The numbers on minorities and organ transplants

National Minority Donor Awareness Week, celebrated annually Aug. 1-7, is a nationwide observance to educate minorities of the desperate need for donation and transplantation within the multicultural community.

Approximately 56 percent of those on the U.S. transplant waiting list are minorities.

• Minorities make up 36 percent of the U.S. population and comprise 56 percent of individuals on the U.S. transplant waiting list. They represent 32 percent of living and deceased organ donors.

• African Americans are four times more likely than Caucasians to be on dialysis because of kidney failure, which must often be treated by kidney transplantation.

• Diabetes, a leading cause of kidney failure in the U.S., is estimated to be four to six times more common in Latinos/ Hispanic-Americans.

• 17 percent of all patients awaiting organ transplants in the United States are of Latino heritage.

Additionally, the authors found a variety of issues that may explain the disparity between White and Black patients. These include medical suitability, provider selectivity based on unknown criteria, and patient characteristics.