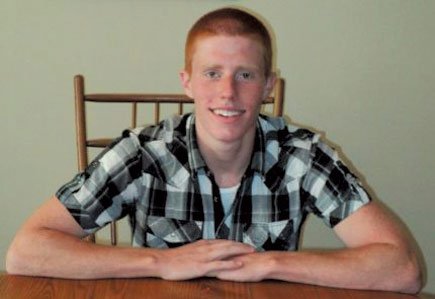 Investigators are expected to try to determine this week if the burned body of a male found near Castaic Lake is that of a missing 19-year-old college student whose SUV was found on its side in the same area last week.

As of early this morning, authorities had not reported any concrete evidence linking the two cases.

Dive teams have searched the lake while mounted, K-9 and airborne units have scoured the surrounding area in an effort to locate Bryce Laspisa, who was driving from Sierra College, north of Sacramento, to his parents’ home in Laguna Niguel before his vehicle was found on Friday.

The young man’s cell phone, laptop and wallet were still inside the vehicle, according to the Los Angeles County Sheriff’s Department. He was not.

Laspisa called his mother around 2 a.m. Friday to say he was pulling over to get some sleep, officials said. His overturned 2003 Toyota Highlander was found about three hours later on Main Ramp Road, about 100 feet from Lake Hughes Road, leading to the Upper Castaic Lake Recreation area on the lake’s north side, they said.

On Wednesday morning around 6 a.m., a bicyclist called the sheriff’s station in Santa Clarita to report a brush fire at mile marker 5N32 on Lake Hughes Road, a few miles east of the Golden State (5) Freeway and just south of Castaic Lake, but firefighters found it was a body that was burning, according to the sheriff’s and county fire departments.

The body was that of a male, said Lt. Joe Bale of the Los Angeles County coroner’s office, which will try to determine the decedent’s identity and cause of death.

Wednesday’s grisly find was made after authorities searched the area for Laspisa over the previous four days. Deputies from the Santa Clarita Valley Station also searched San Francisquito Canyon, according to the sheriff’s department.

Laspisa is White with red hair and blue eyes. He is about 5 feet 11 and 170 pounds and has a Taurus bull head and a Roman numeral tattooed on his left shoulder. When last seen, he was wearing white cargo shorts, a blue and white checkered shirt, and white and red Nike shoes.

Anyone with information about his whereabouts is urged to contact Sheriff’s Missing Persons Detail Detective Chris Carns at (323) 890-5500.