Man arrested for impersonating an officer 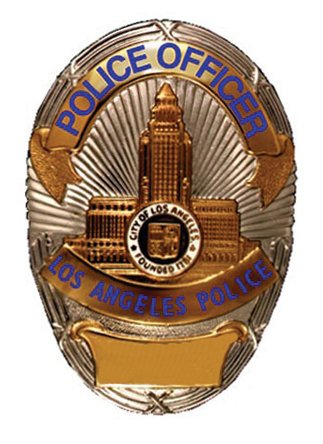 A Simi Valley man was in jail this week and facing charges that could include weapons violations and impersonating a police officer, authorities said.

Edmonds, being held in lieu of $250,000 bail, was expected to appear on Thursday in North Valley Superior Court in San Fernando, Dubin said.

On Sept. 5, deputies responded to a firearms manufacturer in the Castaic area regarding a theft, Dubin said.

“The owner of the business told deputies that two brand new ‘upper receivers’ (that are) used to build AR-15 rifles, were stolen from the business,” Dubin said.

“Detectives identified Jeffrey Edmonds ... as the man responsible for the theft and determined he had also identified himself as a sworn peace officer and a captain with the Los Angeles Police Department,” Dubin said.

Sheriff’s detectives relayed the information to the LAPD.

“Detectives learned that the badge and identification card used by Edmonds was counterfeit, and he was not a sworn police officer,” Dubin said.

Edmonds’ home on Royal Avenue in Simi Valley was raided by deputies with a search warrant, where the stolen gun parts were found, along with what deputies said was a large cache of ballistic vests, ammunition and firearms, including banned assault rifles.