Caps repayment at 10 percent of income 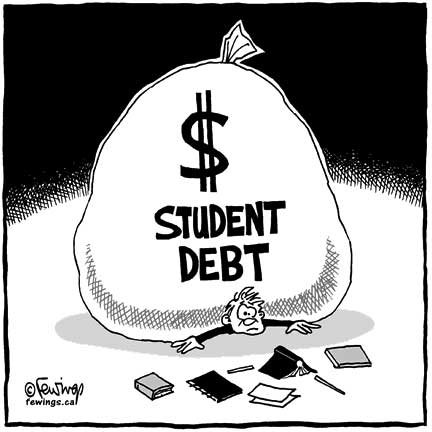 According to a report released last week, “Taking Action: Higher Education and Student Debt,” California has more people with federal student debt than any other state in the nation—just over 4 million student loans valued at $103.42 million. Many of these college graduates are struggling to balance their current living needs with repaying this debt.

In response to the growing accounts of challenges Californians and other Americans are facing trying to manage this debt, President Barack Obama last week issued a presidential memorandum, directing the Secretary of Education to allow nearly 5 million additional borrowers to cap student loan payments at 10 percent of their income. This program, Pay As You Earn, is expected to be available to struggling borrowers by December 2015.

(According to the federal report, student loan debt is second only to mortgages among all categories of household debt.)

In addition, the president called on the Senate to pass legislation to allow an estimated 25 million student loan borrowers to refinance outstanding loans at lower interest rates.

Beyond prompting higher default rates, high levels of student loan debt may result in larger loan payments that could hamper a person’s ability to pay other debts or might cause other financial hardships, according to the report.

Additionally, the report noted that fear of too much debt may also make people shy away from seeking education beyond the bachelor degree level.

Beyond all of these efforts, the report notes five other actions administration officials plan to take to ensure that college remains affordable. Among these actions are: ensure that active-duty military personnel know of the benefits they are entitled to such as reduced interest rates; work with tax preparers Inuit Inc. and H & R Block to make sure they get the word out to people about various repayment options; utilize a variety of communications strategies to help borrowers understand all repayment options; and require student borrowers to receive loan counseling when they first borrow federal dollars and when they leave school; and evaluate the effectiveness of these approaches.