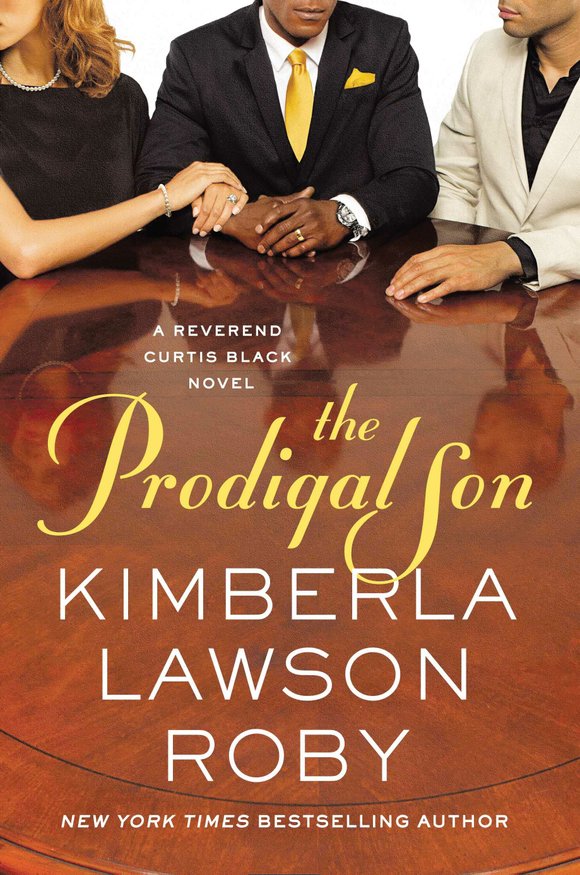 Your siblings probably knew it. How could they not? You were her favorite who got the bigger dessert, more hugs, a lax curfew. Surely that proved it.

And surely, they thought the same thing because Moms really aren’t supposed to have favorites. And in the new book “The Prodigal Son” by Kimberla Lawson Roby, c.2014, Grand Central Publishing, $26/$29, Canada, 319 pages, neither are Dads.

Matthew Black hated to admit it, but he missed his parents.

It had been a year since he’d cut ties with them. It had to happen: his father had stood by while his mother did something underhanded to Matt’s wife and baby son. Rev. Curtis and First Lady Charlotte Black never wanted Matt to marry Racquel; they’d made that clear, and their actions almost destroyed her.

Although it hurt him to the quick, Matt avoided his parents in order to protect his family, but then Racquel started acting weird. She wanted nothing to do with her son or her husband, she started drinking, acting crazy, and she asked for a divorce.

Matt was baffled. He loved Racquel—until things got much, much worse …

Curtis Black hoped with all his heart that Matt would come back to the fold. He loved all his children deeply: Alicia, his oldest daughter; Matt, his strong son; and Curtina, his baby girl. And now there was Dillon, a long-lost, newly-embraced son that Curtis had denied so many years ago. Rev.Black felt blessed.

Here he was—the eldest son of the esteemed Rev. Curtis Black—and his own father ignored him. He never told Dillon about his return to the pulpit. He barely included Dillon in family events. Curtis could hardly even make time for his firstborn son and Dillon knew who was behind everything: that witch, Charlotte.

Dillon knew Charlotte hated him and he planned to ruin her. Nothing would give him more pleasure, but he wasn’t sure exactly how it would happen. His “fiancée,” Melissa, the woman he’d used to scam his father, was pathetic. She was no help. And he couldn’t do it on his own.

And then he met a wildcat named Racquel …

The way I see it, there are two parts to “The Prodigal Son.”

The story itself is good enough. Author Kimberla Lawson Roby gives readers a standard amount of women’s-novel drama in a standard church setting; a couple of plotlines that go off yonder; things that will make you suck the enamel clean off your teeth; and your typical evil antagonists.

We also get a cliffhanger, naturally.

What bothered me, though—and I know it irritates others, too—are the mistakes in this book. Missing punctuation and oddly worded sentences have nothing to do with the plot, that’s true, and some issues can be ignored, but not when they happen over Although it can stand alone as a passable diversion, this book is part of a series and, if you’ve read the others, you’ll want “The Prodigal Son.” For most readers, though, I think you can do better.