The Politics of Lessons From History 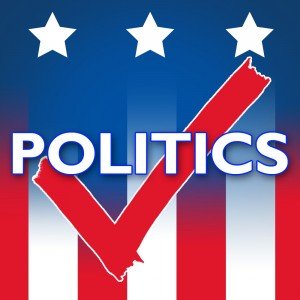 In 1965-66, the Student Non-Violent Coordinating Committee (SNCC), the single most significant civil rights youth group of the 1960’s, created the first all-Black political party, the Lowndes County Freedom Party, to showcase SNCC’s belief that where Black folk were in the population majority, they should be the majority of the elected representatives. Numbers count in politics. However, according to SNCC’s calculation, organized numbers count even more.

After that SNCC political innovation, built on the previous 1964 Mississippi Freedom Democratic Party that brought Mrs. Fannie Lou Hamer to prominence, and other localized activity, the political naivete of the African American population in general receded into history.

The 1972 Black Power Conference in Gary, Ind., was a watershed in that movement forward. Virtually the only consensus decision made at that gathering, among the testosterone-powered debates, was that Black folks wherever they were in the USA, had to make sure that they elected as many African American politicians as possible. How well that strategy has worked is the story of another column, however it is safe to say that the sheer numbers of African American elected officials in the USA have grown 1000 percent comapred to what they were in 1972.

African Americans learned to elect their own (or at least those who looked like their own). Who would have thought that in 2014, almost a half century after the Lowndes County Freedom Party, there would still be places like Ferguson, MO., where a 67 percent Black American population had only one local elected official who looked like them.

That 67 percent did not happen last month, or even last year. That population statistic has been the norm since at least 2010, according to government census figures and it was 52 percent as of the 2000 census.

For the past decade, African American community leaders in Ferguson have spent a great deal of time on racial harmony projects, and discussions about how to stem White flight from the residential area. Apparently, they did not spend nearly enough time on organizing for their own political interests. Because of that “fact”, a Michael Brown-type incident was occuring in Ferguson was not a difficult prediction to make.

Why? History has consistently shown that when ethnic groups have not availed themselves of the prevailing political process to ensure that their voices are regularly articulated and heard, they inevitably get the short end of the stick. Insisting on merely participating in the process has shown itself to be non-gratifying, and the primary effort within national Black political circles, since at least the mid-1980s, has been to insist on African American participation where the political and budgetary decisions are made. In politics, decision-makers most regularly protect and expand their own interests, not those of others.

The Ferguson city council is made up of six seats, and a seventh is the independently-elected mayor. The city police chief is selected by the city council, as are the procedures and rules for hiring and promoting city policemen. How has a 29 percent minority population held onto political control and thus authority to promote its own interests?

It is not through the traditional techniques of illegal gerrymandering, white primaries, nor even at-large voting. The most effective technique has been simply off-cycle voting. Missouri is one of 21 states in the U.S. which mandate that local elections be held separate from state and national elections. Most Ferguson elections are held in April, not November, and the voting turnout is almost always low. The last elections had a 12-percent voter turnout. Whites tend to outvote Blacks in such elections three-to-one not only in Ferguson, but across the country. Organized groups like teachers’ unions, police unions, etc., have disproportionate sway in such elections.

Doesn’t Ferguson have any political organizers? Where are the resident Ferguson graduates of at least one Black Studies department?

Those who do not pay attention to [learn] the lessons of history are doomed to repeat their mistakes, said Georges Santayana and a number of others. A companion observation would be African Americans who do not demonstrate an organized command of the American political process are doomed to forever ask ‘why am I treated so bad, and kept so Black and blue?’

Continued political supplication is not only not a good look for us, it is downright dangerous for our survival.

Professor David L. Horne is founder and executive director of PAPPEI, the Pan African Public Policy and Ethical Institute, which is a new 501(c)(3) pending community-based organization or non-governmental organization (NGO). It is the stepparent organization for the California Black Think Tank which still operates and which meets every fourth Friday.

DISCLAIMER: The beliefs and viewpoints expressed in opinion pieces, letters to the editor, by columnists and/or contributing writers are not necessarily those of OurWeekly.