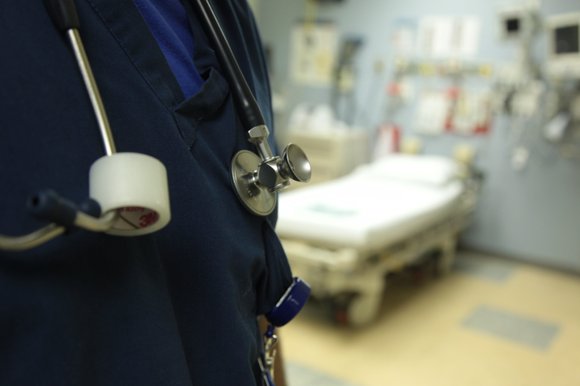 It sounds like the plot for a science fiction movie.

Someone has a horrific accident and winds up in the hospital, brain dead and on life support. Doctors approach the family about organ donation, but instead of saving as many as eight lives, the family is asked to donate the whole body to save just one individual. Perhaps a quadriplegic with a mind that outmatches their malfunctioning body.

As crazy as this sounds, to put an entire head on a new body, a human body, Italian physician Dr. Sergio Canavero says we are approaching HEAVEN (an acronym for head anastomosis venture; anastomosis is surgically connecting two parts). The pieces are coming together but there are still many hurdles to jump.

Canavero says he has part of the funding secured, although he says he can't yet disclose where the money is coming from as a condition of the funding. He's also taking the 2015 layman's approach with crowd funding and book sales.

He has identified Valery Spiridonov as the first patient. The 30-year-old Russian man suffers from a rare genetic disorder called Werdnig-Hoffman disease. Canavero says the man volunteered. The two men have talked via Skype but they have yet to meet in person and Canavero has not reviewed Spiridonov's medical records.

Canavero says he has a stack of emails and letters from people who want this procedure. Many of them are transsexuals who want a new body, he says. But he insists the first patients will be people who are suffering from a muscle wasting disease.

Another big obstacle is the need for a partner. Canavero can't just do this in his own Frankenstein lab. He needs a major academic medical center to host this endeavor and he has his eyes set on the United States. He hopes to get a buy-in this summer when he presents his plan to the American Academy of Neurological and Orthopedic Surgeons, or AANOS, at its annual conference in June. He's counting on getting the green light he needs for the first human whole head transplant to take place in 2017.

Nick Rebel, executive director of AANOS, says the group is not endorsing Canavero, it is simply giving him a platform to hear what he has to say.

If Canavero doesn't get the support he needs in the United States, he'll look to China and his timeline will slide by a year.

Once these pieces are in place, Canavero says he'll put together a staff of 150 nurses and doctors. Many of them, like the patient, are already identified because they've asked to be part of this team.

Then they'll need to practice for what is anticipated to be a 36-hour operation. "I say two years is the time needed for the team to reach perfect synchronization," Canavero speculates.

But what about the science? Is such an idea even plausible? He says he has research that supports it.

Canavero points to Dr. Robert White, who transplanted the head of one monkey to the body of another at Case Western Reserve University School of Medicine in 1970. The monkey died after eight days, because the body rejected the new head. Before ithe monkey died, it could not move because the spinal cord of the head and body were not connected. The monkey also was unable to breathe on its own. The paper in which Canavero outlined his procedure references a different 1971 experiment White conducted with six monkey heads, none of which survived more than 24 hours. But Canavero says advances in science and medicine since then eliminate the problems White faced.