Could the U.S. be growing less hateful and more tolerant? 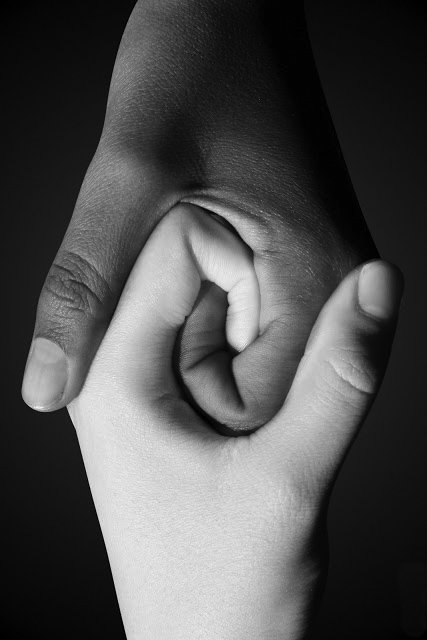 America may be growing less hateful.

That’s according to an annual Southern Poverty Law Center (SPLC) report that says the number of hate groups in the United States remains on the decline for the second year in a row.

In the “Intelligence Report” released Tuesday, the SPLC says the number of hate groups operating in the U.S. declined 17 percent between 2013 and 2014. They are now at their lowest levels since 2005, the watchdog organization said.

“Patriot groups, which are animated by a series of conspiracy theories about the alleged evils of the federal government, fell even faster, to 874 groups from a 2012 peak of 1,360 groups. In just the last year, the number of Patriot groups declined by 20 percent, from 1,096 groups to 874,” the report stated. “But those numbers may be somewhat deceiving. More than half of the decline in hate groups was of Ku Klux Klan chapters, and many of those have apparently gone underground, ending public communications, rather than disbanding.”

The decline may be due to a number of factors, including the rebounding economy, law enforcement action and leadership issues within the groups, the SPLC said. The “high social” cost of being associated publicly with a hate group is also noted as a factor for decline, the group found.

People publishing messages of hate directly to the Internet is also cited as a possible reason for the decline in the organized groups.

California and Florida have the largest number of hate groups, with more than 50 each. Alaska and Hawaii are the only states with no hate groups, according to the SPLC.

The report tracks the number of chapters or groups, not individual members, so while the number of groups is reportedly on the decline, it’s possible that some of the groups that remain have increased membership.

The Ku Klux Klan experienced the largest decline of all hate groups, according to the report, losing more than 50 percent of its chapters.

One of the oldest and most infamous hate groups in the United States, the KKK took its foothold after the Civil War, terrorizing the African American population with intimidation and violent actions, including lynching. The Klan’s growth slowed after the establishment of Jim Crow laws in the American South, according to the SPLC.

The KKK’s last resurgence came during the Civil Rights Movement of the 1960s. The group was again responsible for large-scale terror against the South’s African American population.

In 1990, the SPLC started to keep track of the number of KKK chapters, which reached a high of 221 in 2010, in response to President Barack Obama’s election, according to the report. Since then, the numbers have been on the decline. The SPLC now reports 72 chapters, down from 163 a year ago.

The reason for the decline of the Ku Klux Klan is not totally clear, although the report suggested the groups may be going deeper underground.

“It appears that most of the groups simply faded as their leaders and members got older, but it is also very possible that many simply stopped announcing where their chapters were,” the report said.

The center estimates that between 5,000 and 8,000 people are Klan members in the United States.

The SPLC report also notes that more people may be operating as so-called “lone wolves.”

The overall number of hate groups peaked in 2011 and has been on the decline since. However, the number of registered users to Stormfront—a website claiming to be “the voice of the new, embattled White minority"—has doubled since 2008. It now has nearly 300,000 users.

Lone wolves are a concern, the report said, because 90 percent of all domestic terror attacks since 2009 were carried out by individuals or pairs.

The report points to neo-Nazi Frazier Glenn Miller, who allegedly killed three people in Kansas whom he thought were Jewish, and an incident in Las Vegas, where an anti-government couple killed two police officers before being killed themselves, as examples of radical criminal elements acting alone.

The SPLC refers to this and other indicators to say that many individuals may be moving from organized groups to the Internet, to become more anonymous.