Trump presidency causing African Americans to look into self protection 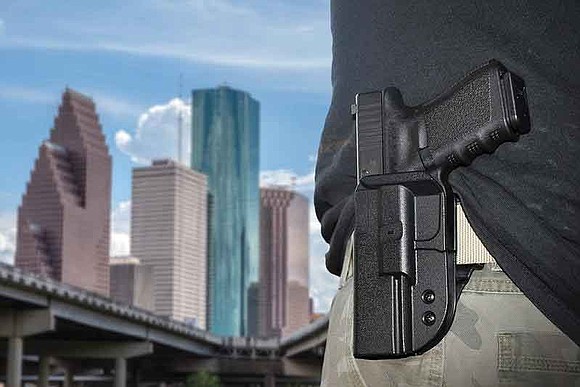 In the age of president-elect Donald Trump, it’s not unusual to hear news stories of Black people being targeted by racial attacks. And that’s the reason why some Black Americans are deciding to exercise their Second Amendment rights and carry firearms for protection.

According to Jae Simpson, founder of the Bobby Seale Rifle & Gun Club, which is based in Southern California, some club members decided to arm themselves in the run up to the 2016 presidential election because of the rhetoric that was being expressed. The Bobby Seale Rifle & Gun Club is affiliated with the National African American Gun Association (NAAGA) which has 14,000 members nationwide.

Black people buying weapons is not just happening in California. According to an NBC News story, gun store owners are reporting an increase in Black customers. They are also seeing more LGBT, Latino and Muslim customers too.

Simpson, a disabled serviceman who lives in the Santa Clarita Valley, said his club currently has about 60 members who meet at various shooting ranges in SoCal. He said he started the club, which is named after one of the founders of the Black Panthers, because he wanted to change the idea that guns are not part of the culture in the Black community.

The Black Panthers were strong believers in the Second Amendment and their 1967 armed protest at the California State Assembly caused then-Gov. Ronald Reagan to pass stringent gun control laws.

“I wanted to make sure we had a more positive image of the Black gun culture,” said Simpson.

NAAGA has 13 chapters nationwide, and more coming online, according to President Phillip Smith. Smith is also president of the Atlanta-based Bass Reeves Gun Club, which he says has shown a significant increase in membership. Smith said that the club currently has a little more than 520 members.

Smith said he started NAAGA about a year ago because he felt that Black gun owners had specific needs. He said during the early part of the nation’s history Black people were not even allowed to own guns.

“Our history is different,” said Smith.

Smith said the election has motivated several African Americans to become gun owners because they were concerned about the rise of fringe groups motivated by Trump’s rhetoric.

“A lot of people, who have had racist views for a long time, feel emboldened,” he said.

Additionally, many African American families are reminded of incidents in American history when Blacks were targeted and the government failed to protect them. Now Black people realize they can’t always count on the government, according to Smith.

“We’re going to protect ourselves,” he said.

Simpson said he joined NAAGA because he feels the NRA doesn’t “support positive gun ownership for people of color.” He may have a point because the NRA has failed to comment on the death of Philando Castile, a licensed Black gun owner, who was killed by Jeronimo Yanez, a St. Anthony, Minn. police officer, during a traffic stop. Castile, who didn’t have a criminal record, informed the officer he was carrying a weapon, but was still shot dead. His girlfriend, Diamond Reynolds, livestreamed the video on Facebook. Yanez is facing manslaughter charges.

Simpson said Castile’s death is one of the issues that is always in the minds of Black gun owners, who have concealed carry permits. He says you have to be extra careful when dealing with the police, inform them you’re carrying and always keep your hands on the wheel.

“You have to understand that as a Black man, you have to go the extra mile,” Simpson said. “You cannot move.”

Ultimately Simpson said police officers’ reaction to Black gun owners indicates a problem with their conditioning and training. There are many cases of White men who have killed police officers, but they are still given the benefit of the doubt and allowed openly carry weapons, in states where it’s legal. Simpson says he’s not going to live in fear and will continue to exercise his Second Amendment rights.