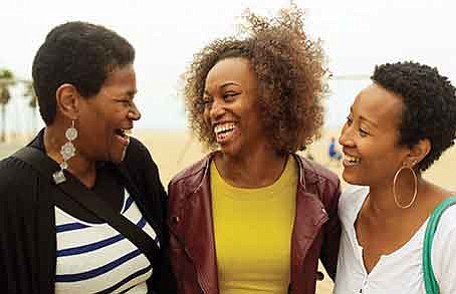 The Los Angeles County Board of Supervisors voted unanimously this week to create a five-year initiative to support women and girls.

Supervisors Sheila Kuehl and Hilda Solis co-authored the motion, which calls for all 37 county departments to examine their policies and procedures in order to understand where they may be failing to take into consideration the unique needs of women and girls.

“We are going to spend the next five years ... exploring the ways the county, perhaps inadvertently ... makes it more difficult for women to thrive,” Kuehl said at a morning news conference on the steps of the Kenneth Hahn Hall of Administration.

The motion noted that young women are staying in school longer, graduating from high school and attending college at higher rates.

“They are becoming world leaders, they are winning the popular vote,” Supervisor Hahn said with a smile.

Solis told those gathered for the news conference that she was once told the best job she could hope for was to be a secretary.

“Let me tell you, secretary of labor is one of the highest ranking positions in the U.S. government,” Solis said, referring to her former post in the Obama administration.

But disparities remain. A disproportionate number of women and girls—nearly 20 percent—are living in poverty, according to a study commissioned by the county and researched by Mount Saint Mary’s University.

There has also been a “huge uptick”—a 55 percent increase since 2013—in the number of women who are homeless, Kuehl said.

The initiative will mean “justice for children who are living in cars ... justice for the women who go through garbage cans to get enough recycling money to pay their rent,” said Beatriz Stotzer, chief executive officer of New Economics for Women, NEW Capital, LLC.

Supervisor Mark Ridley-Thomas, now the sole man on the five-member county board, threw his support behind the initiative, which he said could be “a game changer.”

“Thirty percent of all girls in L.A. under the age of 18 live in poverty” and women earn “84 cents for every dollar a man earns,” Ridley-Thomas said.

That income disparity follows women as they age into retirement and, twice as many women compared to men over the age of 75 live in poverty, according to the motion.