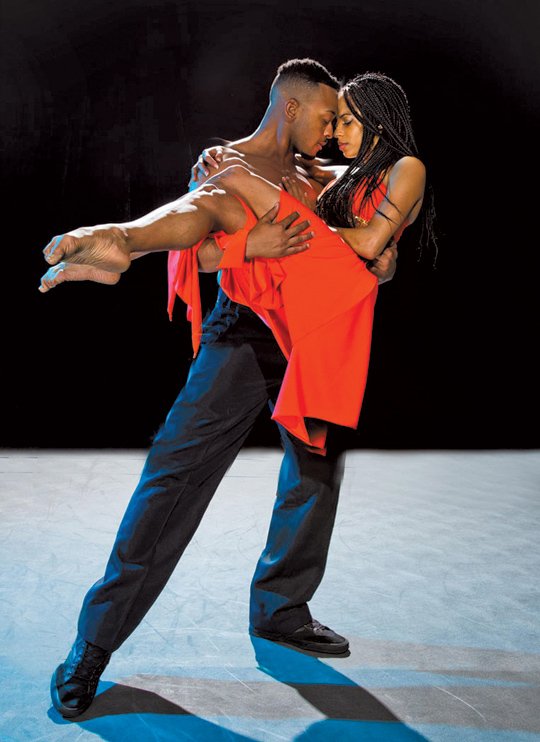 Special performances of “Freeze Frame,” a play about gun violence written by Debbie Allen, were featured last weekend at the Wallis Annenberg Center for the Performing Arts, and its fusion of dance, music, film and theater—although entertaining and featuring vignettes of performers ranging in age from preschoolers to seniors—felt a bit disjointed. But the onstage panel conversation that followed Thursday’s performance pulled it all together.

All of the panelists could relate—from the gun debate song about “Repentance, Reformation, Reconciliation,” sung by the cast ensemble to the preacher /father vs. his street-wise son who “Gotta Find a Way Back to Love” —to the basketball player who explains ghetto life there on the stage of the Wallis.

“The most important thing is to get engaged,” panelist Nicole Hockley said. Since losing her 6-year-old son during the shootings at Sandy Hook Elementary School, Hockley has been on the road, traveling with the group Sandy Hook Promise nationwide to get folks to step up and do something about gun violence.

“Noticing someone, reaching out is important,” Hockley added. “We need to be teaching kids how to see the signs and signals of (impending violence) and to tell an adult.”

Maria Shriver has been hosting an ongoing series, “Architects of Change Live: The Conversation Series” aimed at bringing audiences to the realization that everyone has the ability to make a positive impact on the world.

“We all recognize symptoms of a stroke,” Shriver said. “We need to recognize when someone is isolated.”

That is the mantra of Cure Violence. McAllister explained that the nonprofit organization was founded by a doctor and its vision and approach is to cure violence by treating it like a disease.

“From (the) health arena,” he said, “We can detect when violence would occur. We’ve seen tremendous success, where we’ve implemented (a) model (that does this) the Cure Violence model.

McAllister compared himself to Jimmy, one of the troubled youth depicted in the play. McAllister was born in Los Angeles and was raised in many cities, from here to Chicago. When he found himself in between parents, he ended up out on the street and at 18, he was arrested. McAllister served nearly 10 years in prison.

“Was there one thing that someone did for you said to you that changed you?” Shriver asked.

“I was locked up at 18 and came home at 27,” McAllister said. “My grandfather told me to take one day at a time, get acclimated and enjoy the freedom.”

Shriver mentioned that each of the panelists had been touched by violence, even the “Freeze Frame” playwright.

“I’m from Texas, where there are a lot of guns,” Allen said. “I saw violence as a child. I saw things that happened to people just because they were Black. The arts helped me live.”

Allen came to L.A. to work on the television show “Fame.” Since then, she’s opened an acclaimed dance studio in Los Angeles and has directed several television shows.

“I couldn’t ever become desensitized to the daily violence,” Allen said. “Every time I hear about a child, I feel like they’re my own. In this universe, we’re all connected; there is no separation.”

Allen explained that the writing of the play developed over five years.

“I was so motivated, especially after seeing a story about the death of a baby in a stroller caught in the crossfire,” Allen said. “Sandy Hook tore my heart apart; it broke my heart.”

“I’ve only studied this for 50 years,” he said. “Problems sometimes are so overwhelming; we don’t know how we’re to get started. If we have healthy, educated children, we’ll solve all our problems.”

Parks said that violence prevention gets minimal attention and that kids who are on the straight path to success are often ignored.

He spoke of one mother who couldn’t understand why she couldn’t get help from a local agency and asked “Does my kid have to join a gang to get access to these services?”

“There are hundreds of thousands of anti-Jimmies getting no attention,” Parks said. “We need to make sure we support them also. That is a job everyone can participate in—get your neighborhood in order, your block in order.”

Parks has worked with Baldwin Hills youth football—with the “Anti-Jimmies.” And he agreed with the other panelists that it can be difficult to determine when someone needs professional help.

“When you deal with poor neighborhoods, it’s difficult to discuss physical health, and it’s (almost) impossible to deal with mental health,” Parks said, citing a troubling local statistic. “The L.A. County jail dispenses more medication for mental illness than any facility in the state of California.”

Hockley said that everyone can just start in their neighborhood by getting to know neighbors. She believes that If someone had noticed the Sandy Hook shooter, taken time to reach out, they could have prevented the “domino effect,” that lead to a mass shooting of innocent children.

“Say hello, wave, smile,” she said. “It takes no effort whatsoever. One of my friends said that all he sees are all the spaces in between the dominoes—something that someone could have done.”

Today the Sandy Hook group provides training programs to students in schools, teaching children to recognize at-risk behaviors and say something. Thanks to their efforts, a school bombing was averted last November.

“Don’t assume that this could never happen to you,” Hockley said. “I have a legacy to live for, my son. The cost was too high, but this is my life now, to protect other families.”

“Meet young people where they’re at,” he said. “Don’t judge a book by its cover. Somebody could have misjudged me, and I wouldn’t be here, sitting next to Debbie Allen.”

Allen hopes to take “Freeze Frame” on the road, follow the elections around the nation and get everybody talking about the issue. And she wants her production to make audiences think about courageous solutions.

“You might have learned something,” she told the gathering at the Wallace. “I hope everyone feels they are part of this piece and know that we are all in this together. Who are you in this picture? What can you do to make it different?”