Out of the ordinary presidential politics 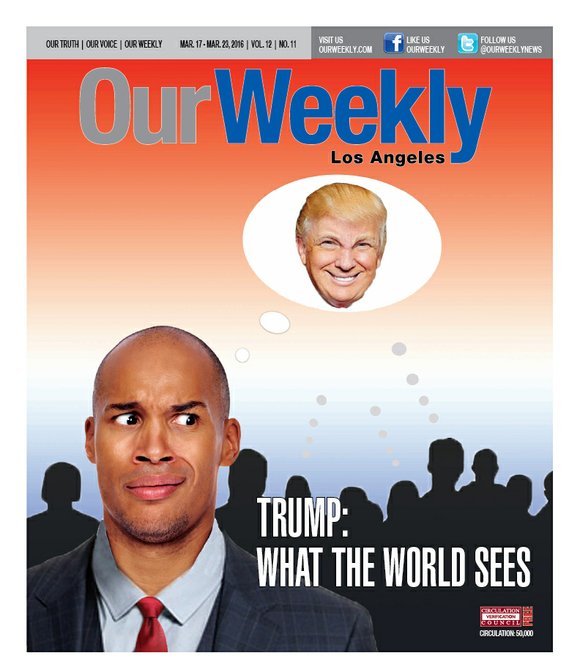 The results from the latest round of presidential primaries and caucuses demonstrated that 2016 is “not your father’s presidential election” and what is considered “traditional,” “conventional” or even “normal” is definitely not happening this year, says Sherry Bebitch Jeffe, a professor of the Practice of Public Policy Communication at USC. Days before the primaries, Jeffe pointed out what is “different” about the presidential race:

• You can’t even predict the direction Republicans are going.

• There is higher propensity for Republican activists to go out and vote, and there are more conservatives that go to the primaries that will vote in the general Republican electorate.

• Conventional wisdom is out the window this year.

• Latinos are very angry at Republicans because of their stance on immigration. This is a number-one priorty for many Latinos.

• Among non-Latinos, there is fear regarding immigration in part because there is a perception that illegal immigrants are going to “take” jobs that should be going to Americans. That may be why Latinos have a problem with Trump or any other Republicans that support similar views on immigration.

• Now a lot of the political correctness is being let go, and there is a greater acceptance of the raw emotions voters are feeling; the raw rehetoric they are feeling. This is the case, at least during the primary process.

• Racism has always been a factor in American politics. That’s not new. What you are seeing is the sort of “reality TV culture”—screaming, yelling, nastiness, conniving and some racism.

• The general election tends to be more moderate, more democratic, more diverse (ethnically and financially) than the primaries.

• Donald Trump doesn’t need Black votes in primaries but will need them in the general election because of the more diverse nature of the general voting.

• The electorate is angry more than anything; angry over the lack of movement of government. There is also a lack of trust included in that pent up anger. There is a perception that government is not by the people or for the people. That is what is sending people following “outsiders” like Trump.

That sense of being fed up with “politics as usual” is why they went for Obama in 2008, but his message of “hope and change” didn’t deliver.

Some Black Republicans say they won’t vote for Trump, Will cast write-in ballots

The 2016 presidential race looks like it’s shaping up to be a contest between billionaire real estate developer Donald Trump and former secretary of State Hillary Rodham Clinton. But not all Republicans are happy about that. Several Black Republicans interviewed said they could not throw their support behind Trump, whose campaign has been marked by political violence and incendiary rhetoric targeting Muslims and illegal immigrants.

Micah Grant, a long-time political consultant, said he was not excited about Trump being the Republican presidential candidate.

“I hope he’s not (the candidate), but it certainly looks that way,” said Grant about Trump, who won decisive primaries in Illinois, North Carolina, Missouri and Florida Tuesday.