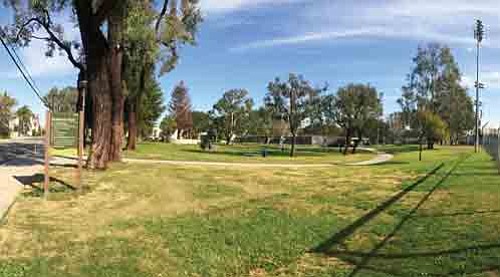 Among the many issues facing voters in November is Measure A, a 1 1/2-cent per square foot tax on improved properties in Los Angeles County to fund parks development and maintenance.

The proposed tax would raise an estimated $94 million annually, and the annual tax bill for a 1,500-square-foot house would be $22.50.

The tax assessment would be based on the square footage of structures, not the overall size of the parcel of land on which a building sits. Parking structures would be exempt from the tax.

The Safe, Clean Neighborhood Parks, Open Space, Beaches, Rivers and Water Conservation Measure would replace the funds generated by Proposition A, which was first passed more than 20 years ago. The Proposition A funding is set to expire in 2019. Measure A requires a two-thirds majority vote to pass.

If it succeeds, priorities for spending the money have been set based on meetings with residents from 188 study areas aimed at identifying each community’s top 10 parks projects. Thirty-five percent of funds would be tagged to pay for those projects.

Thirteen percent each would go to parks and recreation facilities in high-needs communities; environmentally-oriented projects, including beach and waterway clean-up; and regional trail and accessibility projects that connect urban areas to nature. Another 15 percent would be used to fund parks maintenance in the communities where taxes are levied.

Roughly 7 percent would go to planning and administrative costs and 4 percent to veteran and youth parks-related jobs programs.

“Measure A provides safe places to play and participate in after-school programs in neighborhood parks—which receive more than 41 million visits by kids each year” and “helps protect undeveloped natural areas so future generations can enjoy them,” according to a ballot argument submitted by proponents.

Opponents, however, call it “the wrong tax at the wrong time,” arguing that the assessment will only add to the high cost of housing while failing to address bigger problems such as homelessness and school funding.

Opponents also point to millions of dollars in state funding for parks that has gone unspent to date and accuse politicians of mismanagement.

Pollsters working on behalf of the county government earlier this year found 69 percent of likely voters were in favor of the measure, a number that increased to 75 percent once those polled learned more specifics.

But the measure is not guaranteed to succeed. In 2014, the Los Angeles County Board of Supervisors tried to replace Proposition A funding with Measure P, another parks tax that garnered 62.8 percent of the vote, falling short of the two-thirds needed to pass.