Rickey Minor: ‘Strike up the band’ 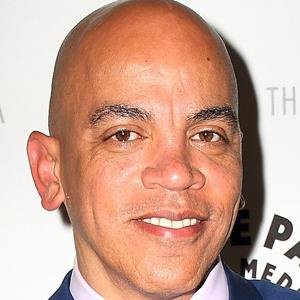 Another executive producer on the show, Nigel Lythgoe, recalled an incident with a young singer in 2006. “Kellie Pickler started a chorus two bars before she should have, and Rickey kept it solid,” Lythgoe said. “The audience probably never knew.”

Minor’s path to fame began when his family moved from Louisiana to South Los Angeles in the late 1960s. He played bass in his high school music program, recalling later that the opportunity “enabled me to move forward in life—not just in a career—but in life.” Minor originally majored in math and computer science at UCLA, but decided to leave after his sophomore year to join Gladys Knight on tour in Europe. Having never flown before (let alone travel out of the United States) he remembered an initial trepidation—even stage fright—at the prospect of performing in front of huge audiences. His self confidence, however, quickly allayed those initial fears.

The first tour was a success, and almost immediately after returning home he found himself working in the orchestra pit of the musical “Dreamgirls,” when he received a career-changing call from John Simmons, then music director for singer Stephanie Mills. Simmons asked Minor to form a backing band for an up-and-coming singer from his church. It was Whitney Houston. Minor’s tenure as music director for the late pop diva led to more concert, recording, film and television work for him as a music director and co-producer. The TV credits soon followed, including “VH1 Divas Live,” the BET Awards and anniversary celebrations for Motown Records and the Apollo Theater. In 2005, Minor received an Emmy nomination for music direction for “Genius: A Night for Ray Charles,” a concert tribute featuring Stevie Wonder, Elton John and Norah Jones.

The late Natalie Cole worked extensively with Minor, once commenting, “He could be like a Quincy Jones. Rickey treats us like we’re all on the same team. Quincy is the same way. He leaves his ego outside the door, and it’s all about the music.”

Minor’s book “There’s No Traffic on the Extra Mile” was released in 2009.