Extends Prop. 30 from 2012, taxes wealthy for education and healthcare 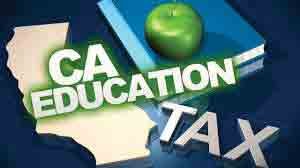 Proposition 55 will definitely be opposed by those with incomes that exceed $250,000 a year, because it addresses those people specifically to continue to pay a personal income tax, with proceeds going to education and healthcare.

According to the proposition, about 89 percent of the proceeds from the tax would go to K-12 schools, with the remaining 11 percent to community colleges.

According to government statistics, the initiative raised $6 billion since it was passed in 2012. Proposition 55 only applies to single filers with income in excess of $250,000 a year.

Supporters say the proposition would not raise taxes for anyone that isn’t already in place, and that it only affects the wealthy.

Opponents of Proposition 55 include the California Republican Party, the California Chamber of Commerce and the National Federation of Independent Business.

Opponents argue that the proposition would extend a measure that was supposed to be temporary, “amounting to a broken promise made by politicians.” They also claim the measure would extend taxes during a time when higher taxes are not necessary.

In addition, those opposed claim that Proposition 55 would hurt small businesses, saying that small business people often pay taxes on their business income through their personal tax returns.

Supporters of the bill have raised $41 million for a campaign to urge voters to vote for Proposition 55. No money has been raised by the opposition to date.

According to a recent poll conducted by the Public Policy Institute of California, 64 percent of those polled favor the proposition.

A YES vote on this measure means: Income tax increases on high-income taxpayers, (incomes more than $250,000 a year). It continues a tax which is scheduled to end after 2018. It would instead be extended through 2030.

A NO vote on this measure means: Income tax increases on high-income taxpayers would expire as scheduled at the end of 2018.