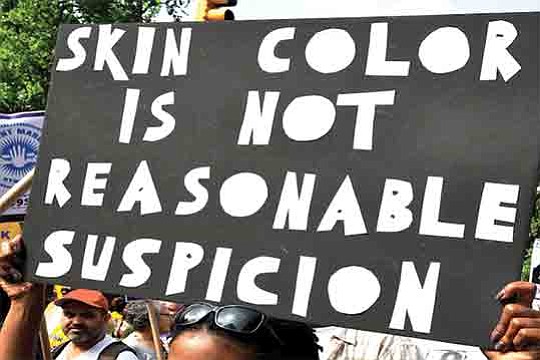 In an effort to improve the relationship between law enforcement and the Black community, state lawmakers in Oregon recently passed a bill to combat racial profiling by police. The Statesman Journal reported that the “bill requires law enforcement agencies to collect and submit data on the age, race, ethnicity and sex of a person contacted during a traffic or pedestrian stop.”

The Journal also reported that the bill, which is known as “House Bill 2355,” is “designed to tackle racial profiling by law enforcement and keep drug addicts out of jail.” House Bill 2355 received bipartisan support; Gov. Kate Brown is expected to sign the bill into law. Civil rights activists say that recent events in Portland warrant increased scrutiny on interactions between Blacks and law enforcement officials.

“If you focus only on the outcomes, 42 percent of African Americans are stopped annually by gang enforcement officers, because of the belief that all African Americans have to prove they aren’t involved in gang activity in a city with a six percent African-American population,” said Jo Ann Hardesty, the president of the Portland branch of the NAACP.

Hardesty continued: “How many times are 12 to 24-year-olds stopped, searched and questioned?”

Hardesty also recalled a recent police shooting involving a Black man. Hardesty said that Terrell Kyreem Johnson, 24, was running away from police when he was shot in the back and killed by two police officers, who happened to be brothers. A grand jury cleared the officers of wrongdoing. The Oregonian reported that Johnson “died of multiple gunshot wounds, according to Portland police.” Portland police said that Johnson threatened officers with a utility knife, before he was shot.

Although, Portland police spokesman Peter Simpson challenged Hardesty’s assessment of the shooting and the department’s gang enforcement tactics, Simpson didn’t provide any statistics to dispute her claims. According to Slate.com, Portland’s gang-tracking methods produce inaccurate information and often lead to racial profiling, which can result in large-scale civil liberties violations.

“While Portland is considered the whitest big city in America, the gang database doesn’t reflect that reality. According to Carli Brosseau of the Oregonian, only 18 percent of people included on the list are White,” Slate.com reported. “While less than 8 percent of the city’s population is Black, 64 percent of people in the Portland gang database are Black, and 16 percent is made up of other racial and ethnic groups.”

The Slate.com article also noted that, “Pre-existing arrests and convictions aren’t prerequisites to be added to the [Portland Police Bureau’s] list. Most people are included because of how they look, dress, or conduct themselves—a comically low bar that opens the door for rampant harassment.”

In 2015, after a multi-year campaign, Unite Oregon, described as a “unified intercultural movement for justice,” on the group’s website, won passage of “HB 2002,” a landmark bill banning profiling by law enforcement in Oregon.

As a member of the task force and a leader on the issue, Unite Oregon said it was poised to lay the groundwork for organizing around the legislation, particularly with regards to two recommendations deemed pivotal to the success of the profiling ban: (1) robust collection of data on police stops, complaints, and complaint outcomes, and (2) development of an accountability structure that empowers the Civil Rights Division of the Oregon Department of Justice to examine the data for patterns or practices of profiling and push for remediation by local law enforcement bodies.

Hardesty said the real problem remains the narrative that police and the criminal justice system use to criminalize Black existence; it’s a problem that plays out daily in how police officers enforce the law and who suffers when they cross the line.

“We are in the process of hiring a new police chief,” Hardesty said. “I have high hopes we will recruit a transformative leader that doesn’t fear Black people and is willing to work with all people to build a safe community for us all.”

Stacy M. Brown is a contributor for the Natioinal Newspaper Publisher’s Association newswire.