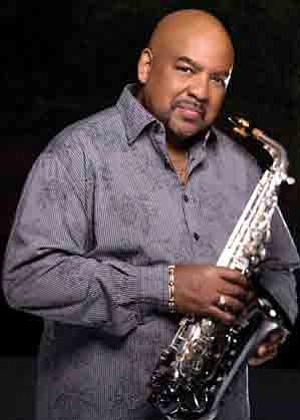 Smooth jazz comes to the Palmdale Amphitheater tomorrow evening with Gerald Albright and Jeanette Harris taking the stage as part of the City of Palmdale’s summer concert series.

“These are two of the most talented and enjoyable performers in jazz today,” said Palmdale’s director of Recreation and Culture Keri Smith. “They have played with the biggest and best musicians in the world and we’re fortunate to be able to have both of them on the same stage in what will be an unforgettable evening.”

One of the biggest stars of R&B, contemporary and straight-ahead jazz, Gerald Albright has earned his reputation as a “musician’s musician.” Born in Los Angeles, he began piano lessons at an early age. Albright’s love of music picked up considerably when he was given a saxophone that belonged to his piano teacher. By the time he enrolled at the University of Redlands, he was already a polished saxophonist. Albright decided to switch to bass guitar after he saw Louis Johnson in concert. A few months after graduating from college, he joined jazz pianist/R&B singer Patrice Rushen, who was in the process of forming her own band. Later, when the bass player left in the middle of a tour, Albright replaced him and finished the tour on bass guitar.

During the ’80s, Albright became a highly requested session musician, playing on albums by a wide variety of artists—including Anita Baker, Ray Parker, Lola Folana, Atlantic Starr, Olivia Newton-John, The Temptations and Maurice White. He also toured extensively with Les McCann, Jeff Lorber, Teena Marie, the Winans, Marlena Shaw, Quincy Jones, and Whitney Houston, among many others. Albright also went on to record numerous successful solo albums for Atlantic Records. Two albums hit the number one slot on Billboard’s Top Contemporary Jazz Chart, and were nominated for Grammy Awards in 1989 and 1990. Phil Collins asked him to front a big band in 1998, and they toured together.

Albright’s 2012 album “24/7,” with Grammy-winning guitarist Norman Brown, was nominated for a Grammy Award in the category of Best Pop Instrumental Album. His 2014 release, “Slam Dunk,” received a Grammy nomination in the Best Contemporary Instrumental Album category.

Fresno native Jeanette Harris played played saxophone and piano from grade school to high school where band teacher Steve Alcala also had her play in the Fresno City College jazz band even before she graduated high school. She won numerous awards and accolades, which led to a scholarship to attend Berklee in Boston where she earned a Bachelor of Arts degree in Music Performance.

Citing her influences, Harris lists Richard Elliot, Stevie Wonder, and Norman Brown among others. She has played major events from The Coombs River Bend Ranch Festival to festivals in Japan and London. Harris has also performed as a side musician with Howard Hewett and Deniece Williams and has opened shows for greats ranging from smooth jazz stars Kirk Whalum, Najee and The Rippingtons to R&B stars Babyface, Phil Perry and KEM. Now with her fifth and finest CD, “Chocolate Vibez,” Harris is unquestionably the next "Starchild of the Saxophone" touching hearts with every breath she takes.