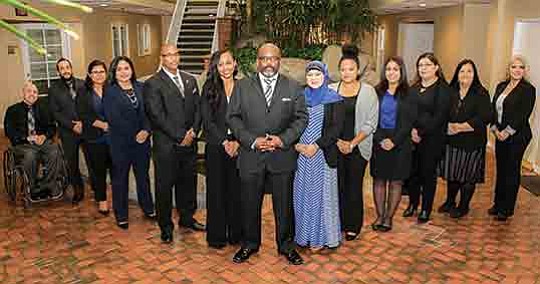 The Law Office of Zulu Ali, based in Riverside, has been named as one of the top 10 law firms in criminal defense, immigration and personal injury in the area of client satisfaction. The firm recently received the designation from the American Institute of Legal Counsel (AIOLC). AIOLC’s yearly list recognizes outstanding law firms in California.

According to Ali, what sets his firm apart is their dedication to social justice.

“I believe the mission of a lawyer should be to strive for change and challenge the courts when there is injustice,” said Ali in a press release. “In our firm, we put it on the line despite the immense scrutiny and consequences we may face. But for brave attorneys and advocates who are willing to step out of the box, we would still be in segregation or servitude, if the laws and courts were not challenged. Many attorneys and advocates are chilled and neutralized because they are usually targeted, ridiculed, and subjected to reprimand or worse, when they test the status quo, but it is necessary despite the risks.”

“We’re inspired by people like Thurgood Marshall,” he said.

Ali is a native of Tennessee, who served in the Marines and law enforcement before going into law. Ali said although he worked as a police officer, he always wanted to be a lawyer. This was a dream that his grandfather implanted in his head, when he introduced him to Avon Williams Jr., a famous civil rights attorney.

“I did law enforcement as a way to get to my ultimate goal,” he said.

According to Ali, his firm mainly handles criminal, civil rights and immigration cases.

Immigration cases have seen an increase as the firm adapts to the Trump administration’s new, more restrictive laws.

“I’ve seen a slight increase in immigration cases,” he said.

The Law Office of Zulu Ali has a diverse staff which includes Black, Latino and Muslim employees. This is an issue that Ali thinks is important.

“I think it’s important to have people from diverse backgrounds,” he said. “That brings diverse perspectives.”