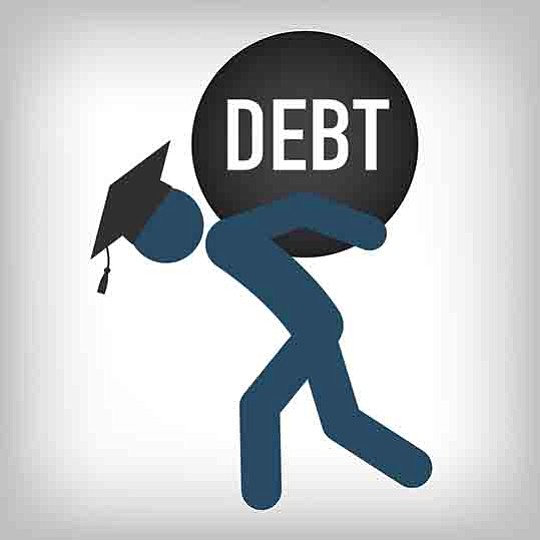 In the last decade, student loan debt in the United States has grown more than $833 billion to reach an all-time high of $1.4 trillion, the global information services company Experian reported this week.

Experian said in a statement that it analyzed data from its consumer credit database and found that 13.4 percent of U.S. consumers—from the Silent Generation to Generation Z—have one or more student loans on file.

The analysis also found that while student loans constitute the largest amount of non-household debt and the fastest growing debt segment, there is a lower percentage of late payments on these loans, the statement said.

“Student loan balances are on the rise, which is a result of the increasing cost of higher education. Even with this number moving upward, the data is showing a decrease in delinquencies, which means that consumers are managing their loan payments better than they have in the past,'' said Michele Raneri, Experian vice president of analytics.

According to the statement, the average total student loan balance is $34,144, the average number of student loans is 3.7 per person, up from 2.4 in 2007, and the percentage of late payments has dropped 10.1 percent since 2009.

Generation Z has the highest percentage of loans currently in deferment—77 percent.

Experian also said that its study found that consumers on the East Coast tend to have higher student loan balances, with Gainesville, Fla., having the highest average balance at $42,400, while Glendive, Mont., has the lowest at $20,200.