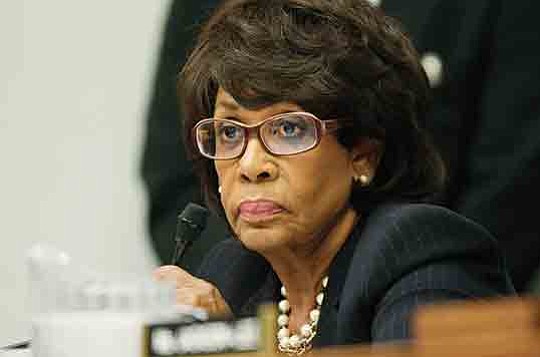 A San Pedro man accused of threatening to kill Rep. Maxine Waters (Calif.-43) pleaded not guilty this week to a federal charge.

Anthony Scott Lloyd, 44, allegedly made the threat during a phone call to Waters' Capitol Hill office. According to an arrest affidavit, Lloyd became angered while listening to talk radio on Oct. 22 when he heard a report involving Waters, making disparaging comments about President Donald J. Trump.

“If you continue to make threats toward the president, you're going to wind up dead, Maxine, 'cause we'll kill you,” Lloyd said in the voicemail, according to the affidavit.

He also used the N-word to refer to Waters and an anti-gay slur in the message, according to the affidavit filed in Los Angeles federal court.

One of Waters' staff members contacted the U.S. Capitol Police, which notified the FBI.

An FBI agent interviewed Lloyd, who lives with his grandmother, and he admitted to leaving the voicemail but swore he had no intent to actually harm Waters, according to the affidavit.

Lloyd identified himself as a "pro-president supporter'' during the interview, according to the document.

Waters has been one of Trump's most forceful critics on Capitol Hill.

If convicted, Lloyd faces up to 10 years in federal prison on the single count of threatening a United States official. A trial date of Jan. 30 was set, but is expected to be postponed.

Waters said in a statement last month that her district is “very diverse, and though we don't always agree, my constituents would never threaten me. We are collectively focused on the progress, safety and security of our communities.”