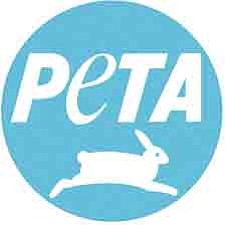 A complaint filed with the USDA alleges that scores of animals were neglected or mistreated at a five-acre Acton facility operated by the entertainment industry’s leading animal training and handling firm.

People for the Ethical Treatment of Animals filed the complaint on Dec. 28 with the U.S. Department of Agriculture, claiming violations of the federal Animal Welfare Act involving the shelter, nutrition and medical treatment of animals owned by Birds and Animals Unlimited, (BAU), according to The Hollywood Reporter.

The conditions were documented during a sting operation run by PETA between August and November, according to the entertainment trade publication.

Two related complaints were filed Jan. 9 with Los Angeles County authorities and the California Department of Fish and Wildlife.

“We have received the complaint, and we will be looking into it,” a USDA spokesperson said.

BAU has production credits on TV series (“Game of Thrones,” “Animal Practice”) and films (the “Harry Potter” and “Night at the Museum” franchises) and is known for dog work (“Beverly Hills Chihuahua,” “Marley and Me,” and “Marmaduke”).

In its letter to the USDA, PETA contends, in part that:

—three pigs were thin to emaciated and had overgrown hooves;

—various animals, among them goats, dogs and cats, were deprived of food for training purposes;

—dogs were left outside overnight without bedding as temperatures dropped below 50 degrees; and

—a kangaroo died after being unable to eat due to an untreated broken jaw.

PETA also made accusations about BAU’s avian care in the complaints, relying on the documentation of a whistleblower.

In an eight-page statement given to The Hollywood Reporter, BAU questioned the whistleblower’s reliability, and described PETA’s expose as being factually specious, misleading and selective in what it shows and what it omits.

However, BAU also acknowledged that there were some areas, such as maintenance of birdcages, where improvements could be made.

The Los Angeles County Department of Animal Care and Control said BAU had received an “A” letter grade the preceding two years, and that it had inspected all of the animals at the facility on Sept. 9 after fielding a complaint about underweight dogs and found them to be healthy.

“This may or may not eventually rise to the level of a criminal case, but it’s still shocking,” Ferber told the publication. “They are keeping animals the way a local, poor, underfunded shelter would do it.

“These facilities are pathetic-looking for a private facility making money off of these animals. I almost never agree with PETA—they do sometimes take an isolated situation and make it out as more than it really is–but the entertainment industry should be surprised by what’s going on here,” Ferber said.