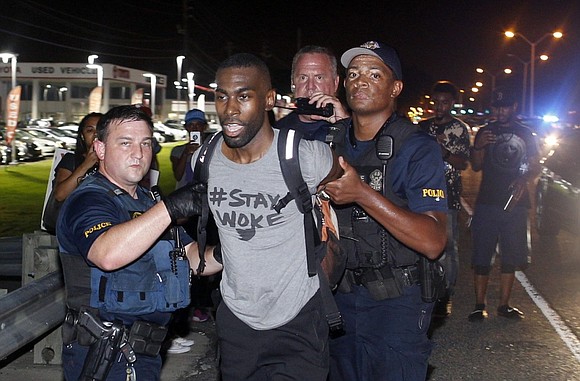 One year after law enforcement officers in Texas and Louisiana were ambushed by angry gunmen who said they were retaliating for high profile fatal police shootings nationwide, critics of Black Lives Matter are still trying to pin responsibility on the movement.

More specifically, it claims the movement and rhetoric of its leaders inspired a decorated former U.S. Marine sergeant to unleash a torrent of bullets upon Baton Rouge police on July 17, 2016, leaving three officers dead and another three injured — including the plaintiff, identified only as Officer John Doe Smith in the lawsuit.

The officer, a 42-year-old father of two who worked in law enforcement for 18 years, was left “permanently disabled” when bullets struck his abdomen, shoulder and head during the methodical ambush by 29-year-old Gavin Long at a convenience store.

Long, who was black and was killed by police in a shootout, had written in a suicide note that his actions were a “necessary evil” intended to “create substantial change within America’s police force.” He said he felt compelled to “bring the same destruction that bad cops continue to inflict upon my people, upon bad cops as well as good cops in hopes that the good cops (which are the majority) will be able to stand together to enact justice and punishment against bad cops.”