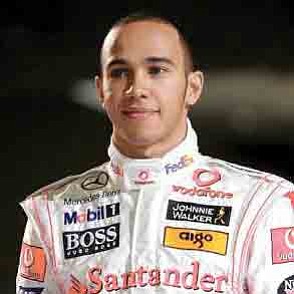 In 2017, too many world civilization histories and success stories still focus almost exclusively on what Europeans or neo-Europeans have done or contributed. The big lie continues being taught and re-taught.

Whatever Black folk have chosen to participate in throughthe ages, we have excelled in, be it music, architecture, mathematics, astronomy, ice sports, soccer, American football, golf, tennis, etc. Whatever; we have not been slackers on the world stage, but our contributions have very often been ignored or downplayed.

One such platform is Formula 1 automobile racing. Though this is not yet a major sporting event in the USA, particularly when compared to baseball, football, golf, or hockey, it has a worldwide fanbase of more than 500 people million. In fact, it is one of the single most popular sporting events in the world and has been for mor than 40 years.

Formula 1 racing is essentially a single driver in a maximum efficiency, high-powered Ferrari, McLaren, Mercedes, Lotus, Porsche, and the like. At its core, Formula 1 is the combination of the very best race car drivers in the world with the most technologically advanced race cars on the planet, in a 20-track, worldwide racing circuit over a nine-month span every year.

Formula 1 racing regularly comprises 11 teams with two drivers each, sponsored by automakers like Mercedes, Red Bull and Ferrari. Over some 20 races spread across eight to nine months and on five continents, the teams fight for the Constructors’ championship, while each driver vies for the individual (world championship) title. Currently, the USA hosts just one grand prix race per year, the fall Grand Prix in Texas, but that’s about to change, according to new reports.

Well, the current king of Formula 1 worldwide is a brother—Lewis Carl Davidson Hamilton. He is a three-time world champion, the holder of more race victories than any other driver in the history of Formula 1 (57), the holder of records for the all-time most career points (2,423), the most wins at different racing circuits (24) and the second-m Lewis Carl Davidson Hamilton most all time pole positions (67). Hamilton is also the only Formula 1 driver who has won at least one Grand Prix in every season in which he has competed, and his 57 Grand Prix victories is second all-time behind only Michael Shumacher (91), the sport’s only seven-time world champion.

Last week, Hamilton became only the third five-time winner of the British Grand Prix (the others are Jim Clark and Alain Prost), and currently sits only one point behind the cumulative points leader in this year’s competition for the world championship, with one more race to run within the next four weeks. If he stands alone at the end of this season, he will have to be put on everybody’s checklist for the top 10 Formula 1 racers in history. This is the list that includes Juan Manuel Fangio, Jim Clark, Michael Schumacher, Alain Prost, Sir Stirling Moss, Sir Jackie Stewart, Sebastian Vettel, and Niki Lauda.

By comparison, Lewis Hamilton is the Tiger Woods of Grand Prix racing (when Tiger was dominating the competition a few years ago). He is currently considered the number-one celebrity in the world for the sport (sometimes called the “rock star of racing”), and is being counted on to bring that popularity to the USA, as a new American strategy is just now beginning. If we combine the popularity of Kobe at his best, and Lebron, with maybe a bit of Kareem thrown in, we can perhaps get the picture of this man’s stardom. Hamilton is indeed well known in the world. And, again, he is a brother.

Moral of the story: Never count African people out when we have decided to get something—anything—done. We are just that talented and good.

Professor David L. Horne is founder and executive director of PAPPEI, the Pan African Public Policy and Ethical Institute, which is a new 501(c)(3) pending community-based organization or non-governmental organization (NGO). It is the stepparent organization for the California Black Think Tank which still operates and which meets every fourth Friday.

DISCLAIMER: The beliefs and viewpoints expressed in opinion pieces, letters to the editor, by columnists and/or contributing writers are not necessarily those of OurWeekly.