Trump's budget cuts hurt the same people that voted for him 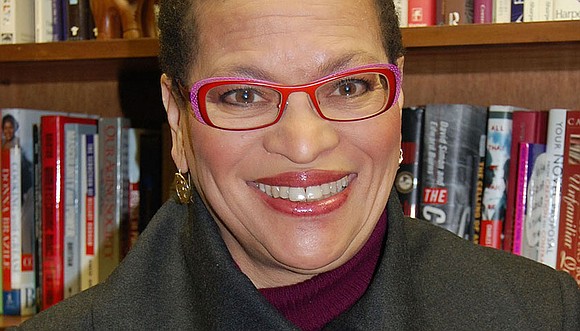 If you happened to have voted for the man who now occupies the White House, you may be feeling bamboozled, right about now. The man who said that he wanted to take care of the little people, those who were forgotten by the elites, now wants to cut programs that affect these working-class people, ranging from Legal Aid to Meals on Wheels to housing assistance to job training. He would cut the Environmental Protection Agency by more than 31 percent, leaving more than 3000 workers in the cold. Many of his other budget provisions will call for federal reductions-in-force (RIFs), and these chaotic RIFs may cause instability in some government agencies, since workers can appeal their RIF, or bump other workers out of their jobs.

And he’s not using a scalpel to make the cuts; he’s using machetes and weed whackers. His budget makes his position on the culture wars clear. He would entirely eliminate federal funding for the Corporation for Public Broadcasting, the National Endowment for the Arts, and the National Endowment for the Humanities, and National Public Radio. The Department of Housing and Urban Development will get $6.2 billion cut, and even though the Department of Education will get a 12 percent cut, $1.4 billion dollars are slated to support private schools through school choice. HBCU programs have not been cut, but many of the programs they depend on, including work-study programs, have been cut. It’s an ugly budget, but it’s the budget that Trump promised, a budget that “puts America first with a $54 billion increase in defense spending and $2.6 billion for the wall that Mexico is supposed to pay for.

We need to rail against this budget even as we tease out its odious details, but we also need to realize that it is too early to panic. Why? The United States Congress still has to pass this budget. Though Republicans control the House of Representatives and the Senate. I can’t believe they have all lost their minds. There are physicians among those elected Republicans who must surely understand the value of the medical research “45” has threatened to cut. There are educators, who understand the importance of summer Pell grants. There must be a handful of Republicans who will fight the cuts of the EPA and the cessation of other climate change research. These are the Republicans who need to step up, and they are the ones who must be lobbied.

There will be lots of moaning and groaning, teeth-gnashing and horror about this budget, but there should also be resistance. There will be hearings, and those who resist ought to be attending those hearings. Members of Congress will be visiting their districts, and resisters need to be there to confront them about this budget. The proposed White House budget is nothing, but a request. It is not a fait accompli, and it won’t be unless we roll over and accept this madness.

Our 45th President exhibits an unusual inability to understand our governmental system of checks and balances. He seems to think that he can unilaterally declare a policy change. He wants to get rid of the Environmental Protection Agency. Does everyone? He wants to put more money into private schools. Are there members of Congress who would resist? It is time for Republicans of conscience (are there any) to step up and say that it’s not okay to stop Meals on Wheels. It’s not okay to damage our environment. It’s not okay to cut off funds for medical research. All of us need to speak up!

People have marched, and both women and immigrants have stayed home to express their resistance. The presentation of this warped budget offers another opportunity for resistance, and the very future of our nature depends on this resistance. It is unfathomable that these Bible-thumping Republicans will turn their back on children, the elderly, and those who desperately need job training to contribute to the economy. The key to altering this budget process is resistance.

Julianne Malveaux is an author, economist and founder of Economic Education. Her podcast, “It’s Personal with Dr. J” is available on iTunes. Her latest book “Are We Better Off? Race, Obama and Public Policy” is available to order at www.juliannemalveaux.com at Amazon.com. Follow Dr. Malveaux on Twitter @drjlastword.