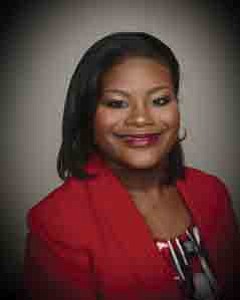 A Black woman who campaigned on improving education defeated a longtime Democratic state lawmaker in Tuesday's Wisconsin primary to take his seat representing the northern swath of Milwaukee County, reports the Associated Press. Lakeisha Myers surprisingly bested state Rep. Fred Kessler by 23 percent in the 12th Assembly District. No Republicans were registered to run for the seat, which means Myers has captured it. The 78-year-old Kessler, who is white, served as a Milwaukee County judge in the 1970s and 1980s. He was elected to the Assembly in 1960, elected again in 1964 and served until 1970. He was elected to the Assembly again in 2004 and has held the seat ever since, a span of 14 years. Myers works as a teacher in the Milwaukee public schools system. She says on her campaign website that she ran for Kessler's seat because “neglect and starvation” have hurt Wisconsin's educational system. She also laments what she calls the district's economic decline and calls for the state to send fewer people back to prison for probation and parole violations. Reached by phone late Tuesday, Kessler said his defeat was “a little bit of a surprise” but he knew it could happen. Kessler speculated that many voters in his district who came out to support Black candidates for governor and sheriff probably also voted for Myers.