Origins of Black music are revealed in compelling book 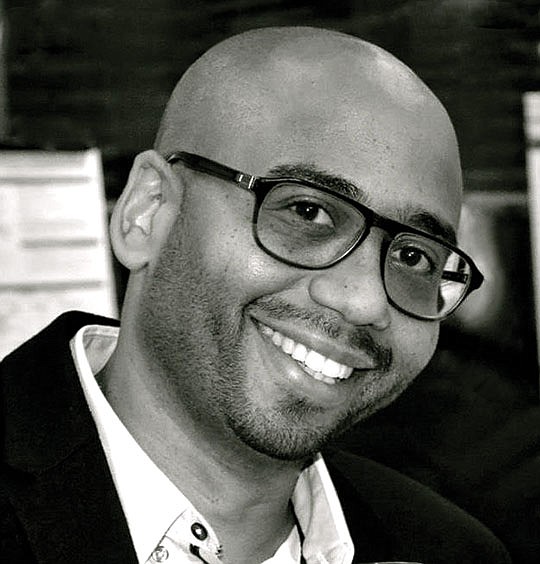 The new book “Black American History: From Plantations to Rap Culture” by Pascal Archimede can be considereda must read for those harboring an avid interest in the origins of Black music in various genres, especially rapmusic.

"At every stage of their integration on American soil, Black people have created the kind of music that reflectedtheir social and economic integration as well as their state of mind," Archimede said.

The book explains Black America through its institutions and artistic productions. Widely accessible to the reader,the book recounts the millions of American citizens and is told from their first steps in the New World to todaythrough a cultural prism both original and essential. From the transatlantic slave trade to the ecclesiastical pillar,through abolition, school and politics, this work suggests reading the African- American music as a succession ofexistential movements. The author analyzes the codes of this extraordinary art, which he attests have always beenthe highest form of testimonials of men's earthly passage. In short, Archimede delves into the specific challengesAfrican Americans faced when they created blues, jazz, rock 'n roll, soul and rap.

Archimede embarks on a timeless journey between past, present and future; between identity and captivity; between disappointment and progress towards the liberation of a Nation.

"For this book, on the academic side, I focused my research on the link between the evolution of black people onAmerican soil and the various types of music that they created," Archimede continued. "On a personal side, I am from Guadeloupe, a French speaking island in the Caribbean and I'm aware that our fate is linked to the Afro-Americans' one. Our common ancestors who were brothers, sisters, cousins, parents, relatives, were massivelydeported from Africa on the same boats and were dispatched on various lands. So we all got isolated geographically, culturally, spiritually and linguistically. Those are the reasons why I got interested in writing down this book."

Pascal Archimede is a translator/interpreter as well as a successful ESL trainer who holds a Masters degree in English with a specialization in American civilization, and a second Masters Degree in Skills Development in Adult Training.

His passion for music led him to create a unique language teaching method based on music. As a result, Pascal released his 2015 book “Music in Professional Language Training.” The success of this book and its subsequent teaching methods provided the author with invitations to leading colleges, universities and international conferences throughout Europe.

Committed to promoting culture, he is also working with the Black-owned French speaking media company NOFI for which he's interviewed A-list names such as Jada Pinkett Smith, John Boyega and the cast of the mega-hit film “Black Panther” when it premiered in London.

Pursuing his quest for knowledge and information, he has published “Black American History, from Plantations to Rap Culture” is published in both in French and in English with each available at Amazon.