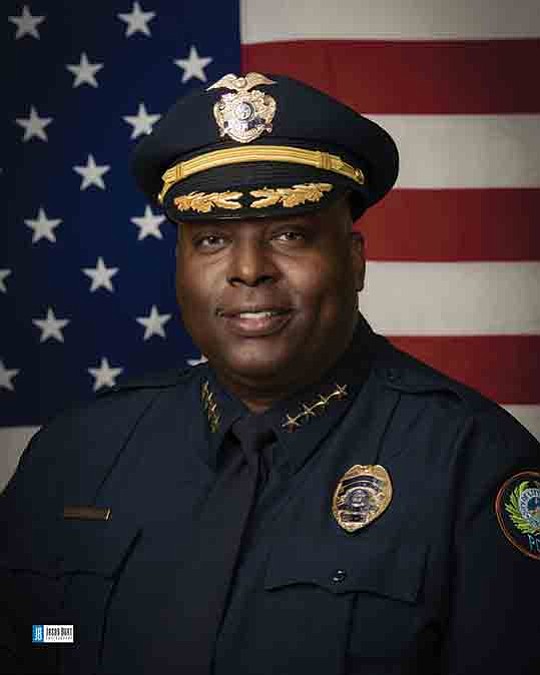 Kenton Buckner, the current police chief of Little Rock, Arkansas, is a finalist to become the next chief of police in Charleston, South Carolina. But according to the Post and Courier, he has a history of issues with Black officers. Buckner, who is also Black. is looking to move to Charleston after less than four years working as the top cop in Arkansas' capital city. Yje Arkansas Democrat Gazette reports that the chief's plans to meet with Charleston City Council on Tuesday about the new position came as a surprise to Little Rock officials, including its city manager, Bruce Moore. Moore said he expected Buckner to stick around longer. But the chief's limited time in Little Rock hasn't been without controversy. The Little Rock Black Police Officers Association submitted a written complaint in July to the city's Board of Directors about Buckner, alleging that Black officers and supervisors have been "marginalized" under Buckner's leadership, according to multiple news sources. The group's letter called for an investigation of the chief's personnel practices. Buckner addressed the organization's concerns in an internal memo to the police department the same month. He said many of the same complaints were made before he was hired, and that he had in fact worked to improve the department's racial diversity. Buckner's conduct also raised questions when he was reprimanded in 2015 for improper handling of his firearm. The gun, given to Buckner when he was sworn in as chief of the Little Rock Police Department in 2014, ended up in the possession of 20-year-old Nathaniel Sullivan, according to the Arkansas Democrat-Gazette. The newspaper reported that officers found the gun in Sullivan's lap when responding to a call about suspicious activity outside of a jewelry store in August 2015. Buckner maintained he didn't know how Sullivan got his gun. Dale Charles, Little Rock NAACP president, said he'd characterize Buckner's relationship with the Black community as “a little rocky. The black community had some issues with ... how he conducted business as a police chief.” Buckner is the only Black police chief from another city seeking the job as Charleston's new police chief. Finalist Jerome Taylor, who is also black, is the acting police chief. He has been with the Charleston Police Department for more than 45 years. The other three candidates are white deputy police chiefs in other cities.