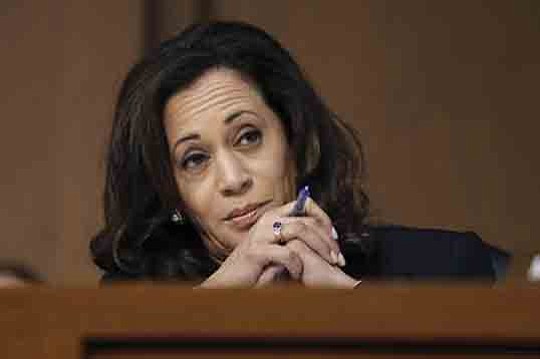 At a Senate Judiciary Committee hearing this week on the oversight of the Department of Homeland Security (DHS), Sen. Kamala D. Harris (D-CA) pressed DHS Secretary Kirstjen Nielsen on the disparaging comments made by President Trump against Haiti and African nations at a recent meeting on immigration.

“I believe that the words spoken by any President of these United States are powerful words and should be spoken with the spirit of unifying and not dividing our country,” Harris said. “Should be spoken in a way that brings dignity to other human beings and does not demean them. I am deeply concerned when we are just having celebrated the birth of Dr. Martin Luther King, who spoke about the effect of racism in this country, and words that are motivated by racism.”

“Mr. Chairman, I would just ask that the record — so we can all review it — will reflect that in the opening statements when discussing challenges to our homeland in terms of security, the white supremacist threat was not mentioned,” Harris said.

Harris also questioned Nielsen on the Department’s immigration enforcement priorities and her ability to manage this critical department. Following an exchange between Sen. Patrick Leahy (D-VT) and Nielsen where Nielsen failed to acknowledge Norway’s demographic makeup, Harris questioned Nielsen’s ability to serve as Secretary of DHS.

“You run the Department of Homeland Security,” Harris continued, “and when you say you don’t know if Norway is predominantly white when asked by a member of the United States Senate, that causes me concern about your ability to understand the scope of your responsibilities and the impact of your words — much less the policies that you promulgate in that very important department.”

During the hearing, Harris also highlighted the case of Luis Mora, a University of California, Berkeley student who was recently apprehended by immigration officials and continues to be detained by ICE. Although the Administration has stated that it prioritizes criminals who pose public safety threats, recent enforcement data shows that non-criminal arrests have risen dramatically.

“He came to this country as a child, he is a political science major, he volunteers at his church,” Harris said. “He was the winner of the San Diego Union-Tribune’s Young Latino Champion Award, and today is the first day of instruction at UC Berkeley for their spring semester and instead of being in class, he is in ICE custody at the Otay Mesa Detention Center. Madame Secretary, I would ask you to consider the previous comments you have made to a committee about your priorities regarding enforcement, take a look at this case, and determine whether he in fact fits what you have indicated before to be your priorities because if you stand by your previous testimony, he does not.”

Harris previously questioned Nielsen at her confirmation hearing in the Homeland Security and Governmental Affairs Committee, where Nielsen committed to issuing written directives to immigration officials stating that DACA recipients and Dreamers are not enforcement priorities. At the hearing, Nielsen acknowledged she has not issued that guidance.