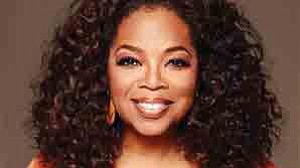 The National Museum of African American History and Culture in our nation’s capitol has added an exhibit based on the contributions of Oprah Winfrey. Reports the Washington Post. In addition to a television personality and actress, Winfrey is also an activist. Her contributions to American culture rank alongside those of Sojourner Truth and Ida B. Wells, according to the new exhibition. Running through June 2019, “Watching Oprah: The Oprah Winfrey Show and American Culture” features video clips, interview segments, movie costumes and personal photographs and journals to explore what has influenced Winfrey and how her work has shaped America. “What’s interesting is the same way America thought about Walter Cronkite — you could trust Walter Cronkite and his opinion — they trust Oprah,” said museum director Lonnie G. Bunch III. “An African American woman becomes the person America turns to.” Winfrey donated $21 million to the $540 million museum, making her its largest individual benefactor (its theater is named in her honor). But her role as benefactor did not influence the exhibition, Bunch said. “We made sure there was a bright line, that this was done by the museum and museum scholars,” he said. “The fundraising was not through Oprah’s people.” Curators Rhea L. Combs and Kathleen Kendrick worked with Winfrey and her staff on arranging loans for the exhibition and on fact-checking and background information. “In terms of content and narrative and the way the story is told, it’s the museum’s product,” Kendrick said. “The way we approached it was the way we approach all of our exhibitions.” The show balances Winfrey’s humble personal story with her achievements. “We’re providing a context for understanding not only who she is, but how she became a global figure, and how she is connected to broader stories and themes,” Kendrick said.