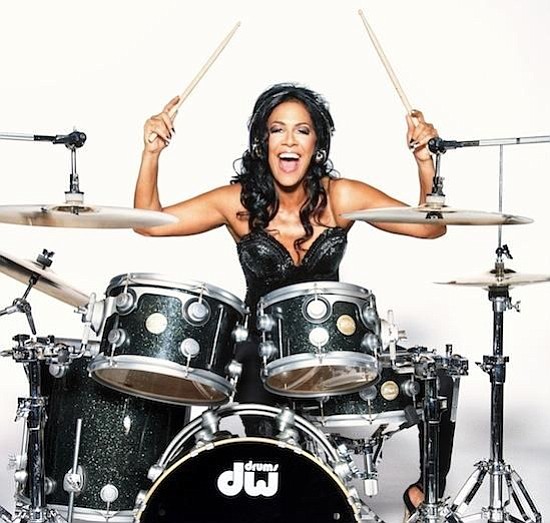 Women of color were celebrated at Black Entertainment Television’s first BET Her award show on Thursday June 21 in downtown Los Angeles, reports the Hollywood Reporter. Percussionist Sheila E. received the BET Her Icon Award, “Insecure’s” Yvonne Orji the Rising Star Award, television personality LaLa Anthony the Evolution Award, Women’s March National co-chair Tamika Mallory the Mission Award, tech maven Angela Benton the Tech Innovation Award and power CMO Bozoma Saint John the Bumble First Mover Award. Presented by Bumble and hosted by singer Brandy, the party took place at the Conga Room (co-owned by Sheila E.) with live performances by Grammy winner Estelle and girl group June’s Diary. The BET Her Awards benefited two nonprofits: WEEN (Women in Entertainment Empowerment Network) and Hip Hop Sisters Network. Orji told The Hollywood Reporter that four years ago, she couldn’t imagine the success she experiences today. “My mom was the only one that knew my name. And that was okay. But I just believed and had hope and dreamt. It may seem like no one is watching, but someone is always watching." She says her show “Insecure,” on which she plays Molly, helps give an inside look at the everyday lives of Black women. “Insecure is one of those shows where it's not even trying to be deep. It's really just following two Black girls who are just trying to figure this thing out with life and love and work. But because we have never been allowed the opportunity to be so authentic, so raw and so real, it feels groundbreaking. I pray to God it's not the last time we see stories like that, and I think with the Dear White Peoples and the Atlantas, it won't be.” LaLa Anthony, who was one of the first VJs on MTV, adds, “I want to see women continuing to kickass, take over the world, breaking all boundaries and doing all things that people once said we couldn't do.” The BET Her Awards concluded with a speech from Sheila E., who toured with the likes of Prince and pushed boundaries as a female percussionist. She talked about growing up on food stamps in the era of the Black Panthers. “I was shunned for many years because I didn't know that other women didn't play percussion.” People continued to tell her no, but “No means I'm going to come through the side door and not through the front, but I'm going to get up here.” Sheila E. continued: "My story was sharing my testimony of being raped at the age of five. It took my childhood away, but thank God that music was my outlet. I don't take it for granted what I get to do, because God has given me this gift.” A children’s drum line entered the room and Sheila E. joined in, darting around the stage and hitting instruments to the beat alongside the kids, receiving a standing ovation. As for the next generation of rising stars, Orji offered her advice to young women: “Don't try to be like me, because I'm already taken. But the world needs you; you have a deposit that no one else can give. So I'm taken, Oprah is taken, Angela Bassett is taken, we're all taken. So we need you.”