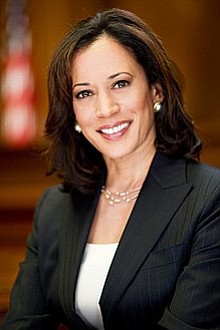 Historically Black colleges and universities would get a 14 percent funding increase as part of a proposed Senate omnibus spending bill after Sen. Doug Jones and California Sen. Kamala Harris made a push to secure the funding increase. The bill would bump funding from last year’s levels of $244.7 million to $279.6 million this year. The two senators led a push to get the increase, sending a letter on Feb. 22 to Senate leadership that was co-signed by 12 other senators. Congress unveiled the spending bill Wednesday, which, if passed, would put an end to prolonged funding fights and recurring shutdowns. The $1.3 trillion bill would fund the government through September and include an additional $80 billion for national defense spending. Both chambers of Congress will need to approve the bill by a Friday deadline in order to avert another shutdown that could begin this weekend, the third of the year. The letter in support of increased HBCU funding was delivered to the Senate Appropriations Subcommittee on Labor, Health and Human Services, Education, and Related Agencies. Alabama is home to more HBCUs than any other state in the country. “Alabama’s 15 Historically Black Colleges and Universities are integral to our world-class university system,” Jones said in a statement. “Despite enrolling roughly 300,000 students each year nationwide, HBCUs have faced significant funding challenges, with some even forced to close their doors.” Jones said HBCUs provide a path for many first-generation college students, many of whom come from under-served backgrounds. “I am proud that our efforts to increase federal support have been successful, and I will continue to advocate for these institutions that have done so much to help my constituents in Alabama and people across the country,” Jones said. Historically Black graduate institutions will also see a 14 percent funding increase, receiving a boost from $63.3 million to $72.3 million this year. Predominantly Black Institutions, dozens of schools with a majority black student body, will receive a near-$2 million funding increase. “HBCUs are critical to the foundation of our higher education system, and provide opportunities for some of the nation’s most promising and deserving students,” Harris said. “I am pleased funds in this bipartisan budget agreement will be invested in the future of these young people. Ensuring HBCUs have the federal support and resources they need to thrive for generations to come is one of my top priorities as a proud HBCU graduate.” $1.5 billion in total economic impact for the state is generated by Alabama HBCUs, and more than 15,000 jobs are generated for local and regional economies. The schools increase their graduates’ lifetime earnings by 56 percent over what they would have earned without a college degree. The bill contains a directive to the secretary of education to create and execute an outreach plan to work with states and the Capital Financing Advisory Board to improve outreach to state and help additional public Historically Black Colleges and Universities participate in the program.