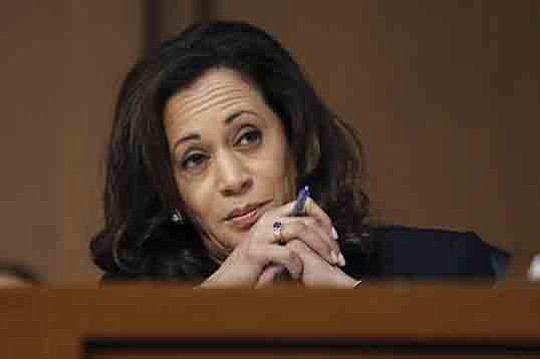 Sen. Kamala Harris (D-CA) has introduced the Diverse Leadership Act, legislation to ensure that at least one minority and one female candidate are interviewed for each vacancy for the presidency of a reserve bank at each of the twelve reserve banks in the Fed (San Francisco, Boston, New York, Philadelphia, Cleveland, Richmond, Atlanta, Chicago, St. Louis, Minneapolis, Kansas City, and Dallas).

Senators Dianne Feinstein (D-CA), Cory Booker (D-NJ), and Kirsten Gillibrand (D-NY) are lead co-sponsors of this bill. Of the more than 130 individuals who have served as presidents of the twelve reserve banks, only 3 have been non-white. In 2017, Raphael Bostic became the first African American reserve bank president when he became president of the Atlanta Fed. Additionally, there have been only six women to ever serve as a reserve bank president.

This bill is the Senate companion to legislation introduced by Rep. Joyce Beatty (OH-3). The House version was introduced in October 2016 and reintroduced in January 2017, the Ensuring Diverse Leadership Act of 2017, H.R. 485.

“Diversity is critical to ensuring all voices are represented and heard in our government, and critically important on matters that affect our nation’s economy,” Harris said. “It’s long past time the Federal Reserve do more to guarantee that their heads of the table reflect those they serve. With the president of the Federal Reserve of San Francisco leaving next month and the search for his replacement underway, the need for this Diverse Leadership Act is urgent.”

“It is hard to believe that up until last year, in the Federal Reserve’s 105-year history, no African-American had ever served as a regional bank president and only six women ever held the position,” Beatty said. “To build a stronger economy, we need the talents, skills and expertise that diversity offers—and the Ensuring Diverse Leadership Act will do just that. I am proud to lead the charge in the House on this all-too important bill and am honored to have Senator Kamala Harris spearhead the companion piece of legislation in the U.S. Senate.”

“The Federal Reserve’s regional banks have extraordinary economic influence,” Feinstein said. “To improve their ability to represent all Americans, the banks’ leadership needs to look more like our country. Requiring consideration of female and minority candidates is an important step toward promoting more diversity and will help the Federal Reserve’s leadership better understand and support our economy.”

“Federal Reserve Bank presidents are some of the most important policy-making individuals in our economy,” Booker explained. “But for too long, those positions have been effectively shut off from women and people of color. If we’re serious about creating an inclusive, strong, and sustainable economy, no one should be left on the sidelines. Our bill reflects an important first step.”