Minneapolis/St. Paul named one of worst for Blacks 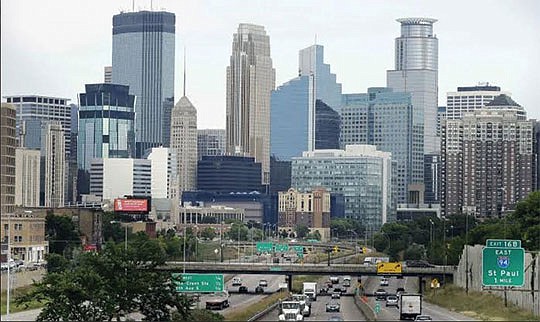 A new report on “chasmic” racial disparities in U.S. metro areas paints a decidedly unflattering picture of the Twin Cities (Minneapolis/St. Paul, Minnesota), which is ranked among the worst for African Americans, according to BringMeTheNews.com. The study, from 24/7 Wall Street, looked at a number of “socioeconomic measures” to determine the American cities in which racial inequality was the strongest, and the result is this list of “the 15 Worst Cities for Black Americans.” Ranking at No. 4 is the Twin Cities. The reason it's so high on the list? It turns out a history of discriminatory housing policies plays a major role. 24/7 Wall Street has this to say: “The Minneapolis/St. Paul/Bloomington metro area is one of several midwestern cities that enacted restrictive housing covenants and exclusionary zoning policies in the 20th century. These policies still impact residential patterns today. The city is highly segregated by race and has some of the largest disparities in poverty, income and homeownership between Black and white residents of any U.S. metro area.” The study points out that the metro's Black poverty rate is 32 percent – significantly above the national rate of 26.2 percent. There’s also a staggeringly wide gap between white and Black home ownership. “The 24.6 percent Black homeownership rate in the Twin Cities metro area is less than a third of the 75.8 percent white homeownership rate,” the 24/7 Wall Street indicates. The disparity in median household incomes is equally dismal, according to the report. It says the typical Black household in the Twin Cities earns $31,653 a year – far behind the typical white household, which earns $76,208. The Twin Cities ranks just behind two Wisconsin metro areas in the list, Racine and Milwaukee, which came in 3rd and 2nd place, respectively. In first place? Waterloo-Cedar Falls, Iowa. 24/7 Wall Street is a financial news service.