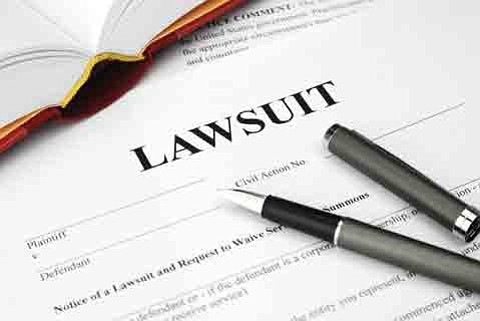 A Black girl whose family left Long Beach, where they experienced crime, to get a better life and education for their daughter is suing the Montebello Unified School District, alleging officials failed to protect her from harassment by Latino students who racially bullied her.

The girl is identified only as Jane Doe in her lawsuit filed Aug. 31 in Los Angeles Superior Court, alleging negligence, civil rights violations and a violation of the state Education Code.

The family is seeking unspecified damages.

The girl began attending seventh-grade classes at the MUSD’s Suva Intermediate School in Bell Gardens in the fall of 2017 after her family moved from Long Beach, where their house was burglarized, to what they thought was a safer area in Downey, the suit states.

But the plaintiff found she was the only Black student at a campus where Latinos were the clear majority, the suit states.

“Suva administrators did nothing to prepare plaintiff or any of the student body for plaintiff’s arrival," the suit states.

Two months into the school year, a male student told the girl that another pupil had called her the “N’’ word, the suit states. A student counselor who heard of the incident told the plaintiff it would not happen again, according to her lawsuit.

But not long afterward, another Latino boy turned off the classroom lights and jokingly told other students that the girl could not be seen because of her skin color, the suit states.

During a physical education class, a Latino boy took a ball out of the girl’s hands and said, ‘’fetch, doggie," the suit states.

The next day, the girl’s mother, identified in the suit only as Joan Doe, complained about the racial bullying of her daughter to the Suva assistant principal, who told her, “We will handle this,’’ the suit states. But the boy who made the “fetch, doggie’’ remark to the girl was still in class the next day and was not suspended, the suit states.

In December 2017, two MUSD teachers asked the girl if her braided hair was real, the suit states. Hearing what the teachers were asking, some students began posing the same question to the plaintiff, the suit states.

After the girl complained about the teachers’ remarks to a school counselor, the latter replied, “You take everything offensively. People are just curious,’’ according to the lawsuit.

The girl complained to the Suva principal that same month that two Latino boys had called her “ho,’’ “slut’’ and the “B’’ word, but nothing was done and the boys remained in her class, the suit alleges.

Facing possible expulsion, the girl was placed in a home-study program where she was isolated from her school friends, the suit states.

The alleged racial bullying of the girl has caused her to have crying spells and to wonder "if dying would be better than a life where she is treated like less than human by those around her,’’ the suit states.