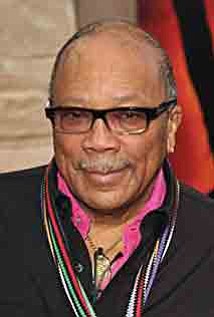 Legendary music producer Quincy Jones has joined in a million-dollar seed-funding round for music tech startup Jammcard, reports Variety. Dubbed the “LinkedIn for musicians,” Jammcard is an invite-only social network for music professionals. It provides “vetted pros” for those in need of musicianship and exclusive, members-only events. Among the app’s successful musical matches has been assembling live bands for the likes of Gwen Stefani, Zedd, Maren Morris, PARTYNEXTDOOR, Jason Derulo and Grace VanderWaal, among others. Said Elmo Lovano, founder of Jammcard: “I’m honored to have Quincy on the Jammcard team. I love that he’s continued to push jazz and real talent forward, and I can’t wait to see where our working relationship leads. Quincy’s endorsement excites me on another level, and I will use that fire to continue to work as hard as I can to grow true value for the professional music community.” Jammcard also curates a monthly live event, the JammJam, which has included a takeovers of Capitol Records where Ty Dolla $ign performed. This summer, JammJam expanded to Atlanta and Nashville, the latter of which was held at the Musicians Hall of Fame and Museum and featured Jack White’s drummer Daru Jones with Andy Wood and the band members of Rascal Flatts, along with other Nashville session players. The company also boasts partnerships for original content with the Grammys and YouTube. A documentary about Jones’ life, called “Quincy,” recently premiered at the Toronto International Film Festival. The film details the punishing work ethic that allowed Jones to stay on top for so long and acquire the status of a living legend.