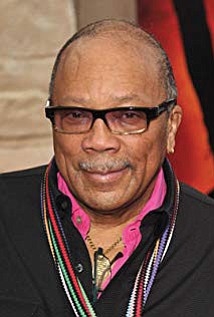 He’s a living legend. As a producer, Quincy Jones has worked with everyone from the late Frank Sinatra to Michael Jackson, and so many others, venturing into jazz hip ho, R&B and even bossa nova. Now a documentary simply called “Quincy,” a portrait of the music icon, will screen at the Smithsonian’s National Museum of African American History and Culture's inaugural Smithsonian African American Film Festival, which is set to run Oct. 24-27. The film, directed by Jones’ daughter Rashida Jones and Alan Hicks, recently premiered at the Toronto International Film Festival. It is also set to run Friday on Netflix, which is also partnering with the Smithsonian for the festival. “The museum is pleased to collaborate with Netflix in order to explore important moments in the history of America through the African American lens,” founding director Lonnie G. Bunch III said Tuesday in a statement. “We are pleased the first production of Netflix is a film that honors Quincy Jones, whose creativity and commitment to racial justice is an example of the best of America.” Said Lisa Nishimura, VP original documentaries, “Netflix congratulates the Smithsonian’s National Museum of African American History and Culture on their inaugural film festival. We are thrilled to be partnering with the museum and to be bringing ‘Quincy’ to Washington. Through his unparalleled body of creative work, Quincy Jones has transcended racial and cultural boundaries, and to have him and his story told at the museum is an honor.” The four-day film fest will feature a juried film competition, film screenings from the Museum’s collection and national film premieres.