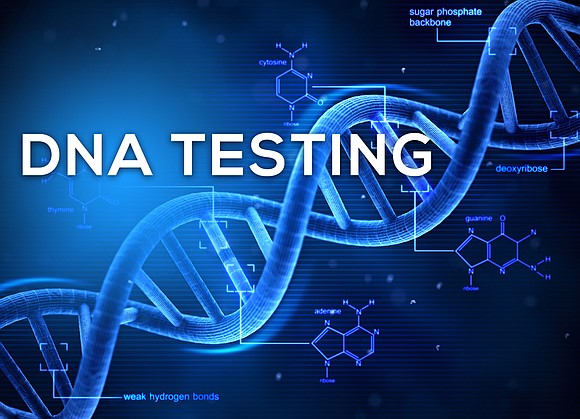 Interesting story out of California, as a man who thought he was white took a DNA test and found out he was part Native American as well as 4 percent African. According to the Washington Post, when Ralph Taylor was born in Sacramento in 1963, his birth certificate indicated that he and his parents were Caucasian. But, like many White Americans, he grew up hearing vague family lore about long-distant Native American ancestry.

“I’ve always known that I’m multiracial,” Taylor, 55, told the Post. In 2010, Taylor took an AncestryByDNA test, he said, “just to confirm what we’d already known.” The results said that he was 90 percent European and 6 percent indigenous American, as well as 4 percent sub-Saharan African. Whether the test was accurate is an open question. Scientists have long critiqued ancestry DNA tests for being imprecise and lacking transparency. The company that manufactured Taylor’s test is no longer conducting ancestry genetic testing, reports the Seattle Times, and in 2014 one genealogy blog suggested that AncestryByDNA tests were best used as paper airplanes. Still, the results were enough for Taylor to update his birth certificate last November: It now says that he is Black, Native American and Caucasian.

Taylor acknowledges that he looks white. But despite being “visually Caucasian,” as he puts it, he considers himself to be multiracial. “I’m a certified Black man,” he told the Post.

“I’m certified Black in all 50 states. But the federal government doesn’t recognize me.” After he was rejected from a program for minority business owners that would have given him an advantage when competing for lucrative government contracts, Taylor sued. His case, which raises complicated questions about how race is defined, is pending before the Ninth Circuit Court of Appeals. The legal battle got its start in 2013. With the test results in hand, Taylor applied to get his insurance agency certified as a minority-owned business by Washington State’s Office of Minority & Women’s Business Enterprises.

As the Seattle Times first reported, he was initially rejected on the grounds that he wasn’t visibly identifiable as a minority. But the agency didn’t give employees any guidelines about how to interpret applicants’ photos, and didn’t define what exactly it meant to be “visibly identifiable” as a member of a minority group. After he filed an appeal, the agency reversed its decision and approved his application in March 2014. Weeks after getting the acceptance letter, Taylor applied to the Office of Minority & Women’s Business Enterprises again — this time to get certified as a minority for the U.S. Department of Transportation’s Disadvantaged Business Enterprise program. The agency asked him for additional proof that he identified as Black or Native American.

Taylor said that he was a member of the NAACP, subscribed to Ebony magazine and was interested in Black social issues. He also gave the agency a copy of a death certificate for a Black woman who had died in 1916, but he was unable to prove that they were related. Many record depositories had been burned during the Civil War, he wrote, making it difficult to trace his genealogy. And since being Native American wasn’t socially acceptable back in the Blue Ridge Mountains of Virginia during those days, he said, he didn’t have any proof of his Native American ancestry at all. In November 2016, a district court judge in Tacoma dismissed the lawsuit, describing Taylor’s focus on his genetic background as “misplaced.” His attorneys appealed the ruling that month. Oral arguments are scheduled to take place before the Ninth Circuit Court of Appeals in December.