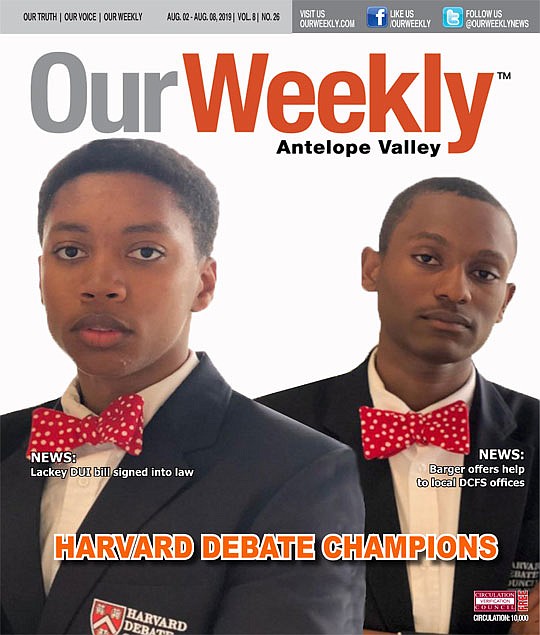 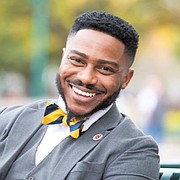 Two Black high school seniors from Atlanta, Ga. led a group of 21 students to victory in Harvard University’s prestigious summer debate tournament. Not only did they lead their team to victory, they made history by winning it twice in a row for the Atlanta contingency.

The event was hosted by the Harvard Debate Council. In 2018, the group from Atlanta became the first all-Black team to take top honors. Though two of the stars, Don Roman Jr. and Keith Harris, had never debated competitively until they joined the team a year ago, the pair went undefeated in the tournament, finishing 10-0 while vying against students from 15 countries.

Up to 400 students sparred in the week-long tournament. Students also took part in a daily, 10-hour academic regimen with classes focused on research, analysis, argumentation and political science, taught by highly accomplished debate professors and instructors. Obviously, discipline and a commitment to the program were musts for these young people, not an easy task considering all the distractions in today’s fast-paced world of cell phones and social media.

Of the 21 teenagers on the Atlanta team—composed of students from various area high schools—five advanced to the quarterfinals of the single-elimination tournament, giving the squad the most cumulative points.

The program is young, and according to its team, it’s looking to expand beyond Atlanta.

Brandon P. Fleming, an Atlanta resident who serves as assistant debate coach at Harvard, put the Atlanta team together. The whole thing came about from Fleming after he taught in Atlanta’s school system and felt there was undiscovered and undeveloped talent throughout the area. He made calls to the faculty at Harvard last year and wasted little time in founding the Harvard Diversity Project to address the lack of African-American representation at the summer debate residency.

Fleming himself is an inspiring story. He passed on that scholastic exuberance to make lives better for the youth in his community to the students recruited to be in the Harvard Diversity Project. The first set of students last year and the next group this year gave up their Saturdays to study under Fleming, a former at-risk youth counselor turned educator. It wasn’t just a summer program.

Fleming and his students spent 10 months prepping for the tournament, spending hours learning about critical thinking, public speaking and argumentation. And after all those Saturdays, a select group ended up with a summer residency at Harvard University, where they studied more with hundreds of gifted scholars from the around the globe.

Fleming didn’t do it alone. He gained the financial backing of some major sponsors, including Chik-Fil-A Foundation, Coca Cola, Kaiser Permanente, UPS, Public Supermarkets, the Atlanta Hawks and Turner Broadcasting. One of the outcomes of these companies’ participation is scholarships for the students enrolled in the program.

In addition to Fleming and Kellye A. Britton (the latter director of operations and programming), team members include Tanika Cabral, president, and a diverse and experienced group of teachers.