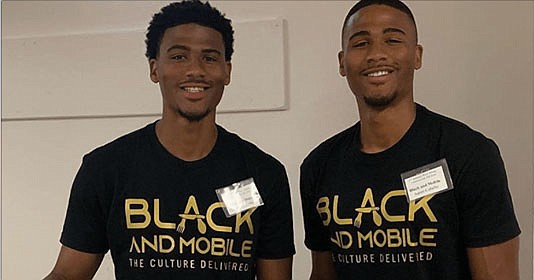 In a recent interview with the Philadelphia Tribune, David explained how the idea for Black & Mobile came into fruition. “I taught myself how to design websites and apps. I was making extra money on the side. I was delivering for other services and that’s how I came up with the idea,” explained the 24-year-old entrepreneur. “We’re trying to make it easier to support Black-owned businesses.”

David was studying at the Shippensburg University’s College of Business when he dropped out in 2016, feeling stifled by the overwhelming majority of White professors at his school. “How the hell would they know what the Black community needs?” David told Philly magazine, “Only 2.5 percent [of] businesses in Philly are Black-owned, so I feel like college is just us teaching us how to work for the white man for the rest of your life, and I didn’t want to do that.” “It just came naturally.”