Report: If Black families have the wealth White families do, it would add $1.5 trillion to economy 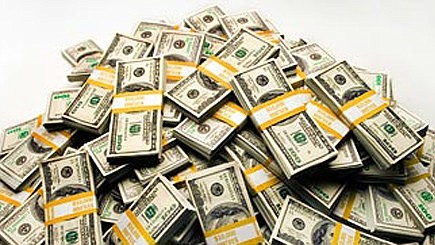 A stunning report has revealed the lack of Black wealth among Black families as a “state of emergency,” reports CBS News. The typical White family in America has 10 times the wealth of a typical Black family — a figure that has barely changed in two decades and has actually widened in the current economic expansion.

This persistent, and growing, disparity has become a pressing issue for Democrats, with four presidential hopefuls making their case in June at the Black Economic Alliance Forum and a House Judiciary subcommittee debating reparations for slavery just this summer. But it’s also infiltrating corporate America. The consulting firm McKinsey this week issued an estimate of just how much the historic and current discrimination against African-Americans is hurting the broader economy. That estimate: Somewhere between $1 trillion and $1.5 trillion.

If Black families were as wealthy as White ones, America’s economy would benefit from the addition of “between 4 and 6 percent of the projected GDP in 2028,” according to the report. This gap shows itself in many ways. The most valuable possessions the bulk of Americans own is their homes. But Black Americans, who were kept out of homeownership by local and even federal policy through much of the 20th Century, are much less likely to own their homes today. When they do own, Black Americans disproportionately own houses in poorer neighborhoods with lower home values and get less favorable mortgage terms than White Americans.

“The racial wealth gap is a reflection of long-term policies and practices by both the public and private sectors that have systematically disadvantaged Black, Latina and Native communities in favor of White Americans,” said Nina Banks, a professor of economics at Bucknell University as the Atlantic reported this week, federally sanctioned farm policies throughout the 20th Century dispossessed 1 million Black farmers of their land.

Black people today have more college debt, less access to banking services and lower pay than their White counterparts. All this contributes to the state of affairs in which the typical White family is worth about $171,000, while the typical Black family is worth $17,600. And because the wealth (or poverty) Americans are born into determines their earning power, wealth inequity carries across to incomes, with White Americans earning $1 million more over a working lifetime than their Black counterparts.

This doesn't hurt just Black Americans, McKinsey said, but creates an overall drag on the economy. The upside is that reducing that inequity is likely to be an overall positive on the economy, said Jason Wright, a partner at McKinsey and one of the authors of the report.