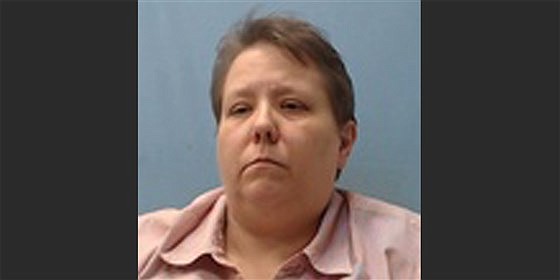 White people seem to keep being stupid when it comes to the “equal” rights of people of color, and they are also being brought to justice. The latest situation happened recently in Arkansas, where a White woman is facing charges after she pulled a gun on Black teens trying to raise money for their school, reports NBC News.

The wife of an Arkansas jail administrator was arrested for allegedly pulling a gun on four African American student athletes who had knocked on her door for an annual fundraising drive, authorities said Friday. Jerri Kelly, 46, was booked on suspicion of false imprisonment, aggravated assault and endangering the welfare of a minor, according to records from the Cross County Sheriff’s Department jail — the lockup where her husband works.

The incident happened in Wynne, Arkansas, a suburb about 45 miles west of Memphis, Tennessee, on Aug. 7 as police responded to a call about “suspicious persons.” Wynne Police Officer Michael Hinton wrote in a report, “I observed Mrs. Kelly holding a chrome plated revolver that was pointed at four Black males that were lying face down in the driveway with the hands behind their backs.”

He continued, “I noticed that two of the individuals were wearing high school jerseys. I then immediately recognized all four individuals as high school juveniles from my interactions with them as a school resource officer.”

When the officer explained that the four students, ages 15 and 16, were doing an annual fundraiser for their Wynne Yellow jackets football team, Kelly made gestures to her skin color and that of the boys, police said. “'It ain't about that,” Kelly allegedly told the youngsters, according to Hinton’s report. “Mrs. Kelly stated that it was about ‘suspicious activity’.”

Later, Kelly stated “she wanted to ‘put some closure on this’ by buying the boys lunch,” Hinton’s report said. The teens were let go and Kelly was arrested this week. Neighbor Bill Winkler, who has lived in the neighborhood for four decades, said the annual fundraiser of football players selling cards good for discounts at various local businesses, is well known.

“Usually, it’s right before football season, late summer or early fall the kids were out selling these discount cards,” Winkler told WMC, an NBC affiliate in Memphis. The incident has shaken residents of Morningside Drive. “They’re just kids,” Winkler said. “You worry about your neighborhood, and you wonder: Who is this person?”